There’s just something about that feeling you get when you experience something new for the very first time.

Even if it’s nerve-wrecking or intimidating because honestly,

whether I fail or succeed, it’s simply wonderful to just feel.

Photography is special because each capture gives me that “new-feeling”. 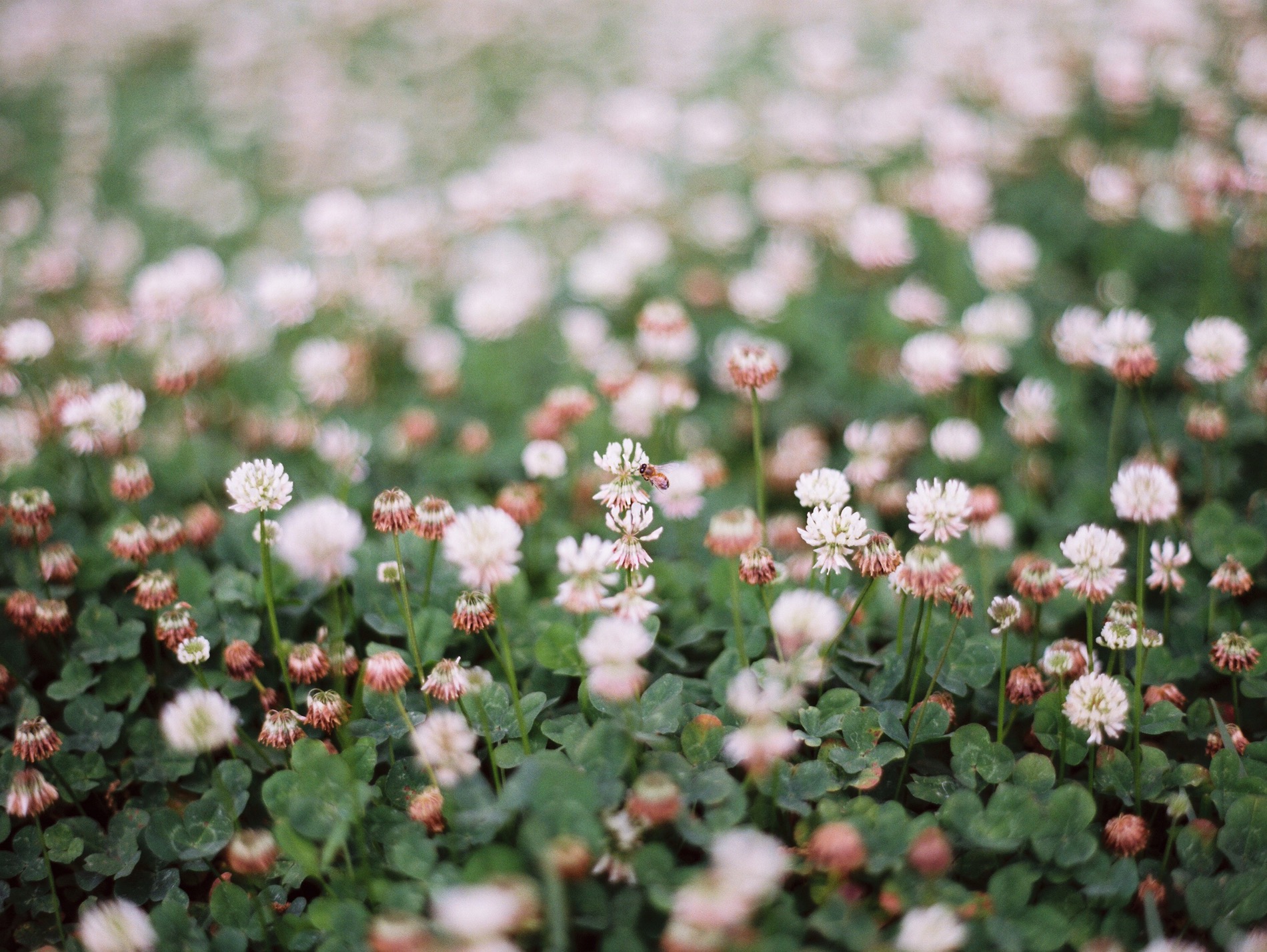 I’ve done quite a bit of research on digital cameras and which ones would work best with me. And then, I did more research. And more.

I found myself not being able to commit.

Until one day, I stumbled upon a photo on Instagram and fell in love.

I traced it back to the original photographer and found out that she exclusively shot film. Then suddenly, most of the photos I fell in love with ended up being film.

So, I did a little research on medium format cameras and

Voilà, I was sold.

Film has a huge learning curve.

For film, you have to be super patient. Mostly with yourself.

Film calls for you to be more creative.

More trusting because you can’t see your image right away.

For me, film is perfect.

Instead of clicking away with a digital camera (no hate, I’ll probably still shoot with digital) and constantly looking back at your screen to see if it looks good, I’m now allowed more time to really think about my captures.

And with more time, I hope to gain more confidence with each photograph.

And I am completely enamored with Hans.

He is so beautiful that I cannot believe I own something as special as him.

He’s a Contax, which was designed by German engineers. Hence, the name Hans.

I went back and forth because duhhhh Hans from “Frozen”?!

But once I learned Hans meant “God is Gracious”, everything “clicked” (pun-unintended) for me and it just made sense.

I’m taking a 6-week “Transition to Film” workshop with the very talented Ashley Crawford through The Bloom Forum. She’s amazing! I can’t believe I get to learn from her and everyone else who’s also in the class.

I definitely feel like I’m in the right place at the right time with all these “film lovers”.

So I was probably one of the few people who has never shot a roll of film before starting this workshop.

That did not hold Ashley back. She had an assignment for us on our first week.

Knowing very little about film, I just went outside and starting shooting what I love, Mother Nature.

I didn’t want to put Hans down. Seeing through his lens, sorry to sound so cheesy, kinda shifted my world.

Y’all, his view is so gorgeous.

I feel bad that he’s stuck with amateur-me because I know I’m lacking major knowledge on how to utilize the best out of him.

But I’m slowly learning and enjoying the process along the way.

None of these photos below were edited by me.

I had my negatives processed and scanned by The FIND Lab.

Can you see the sweet bee I was “focusing” on? This roll of film was “pushed” by the lab because it was underexposed. 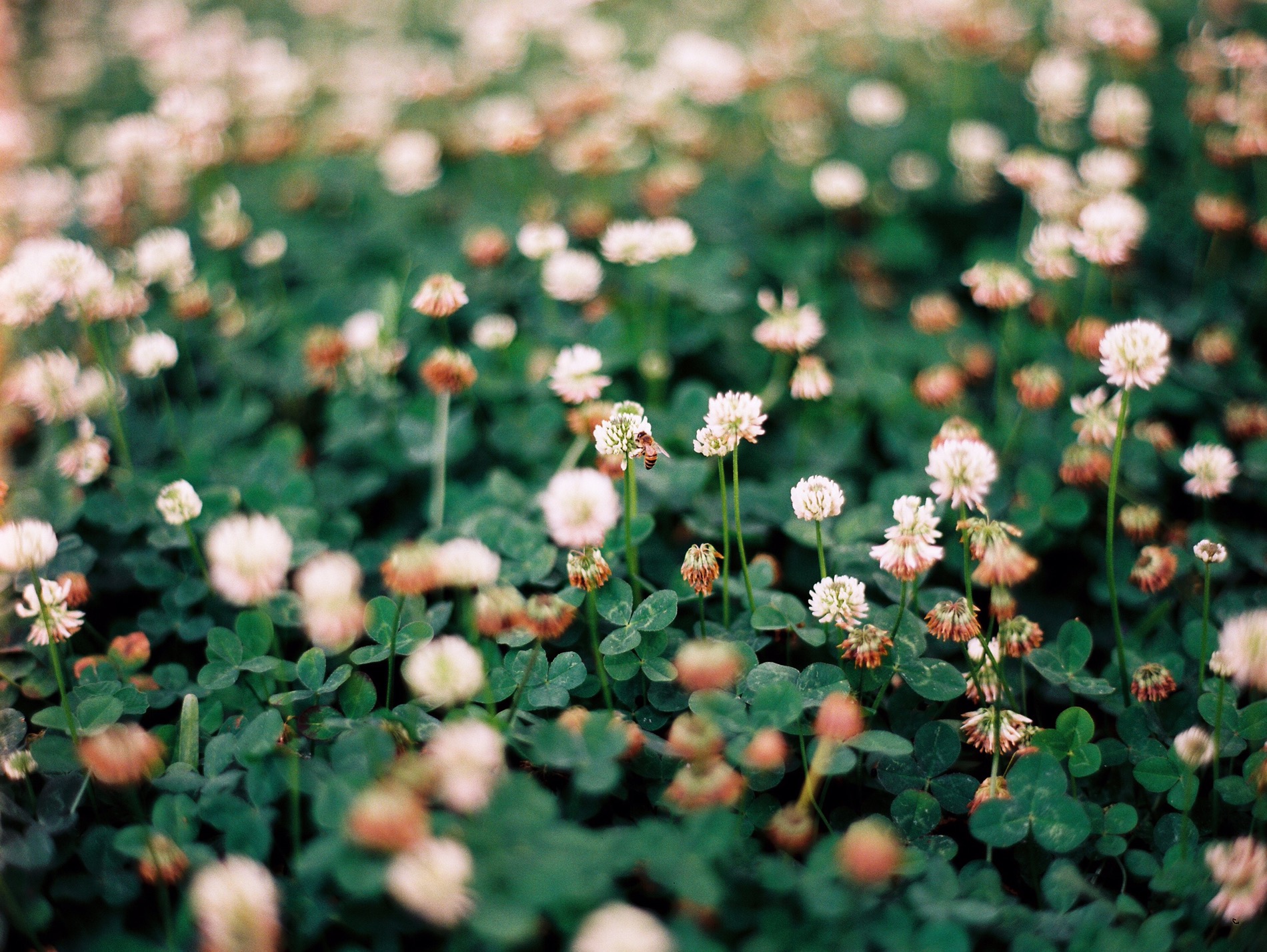 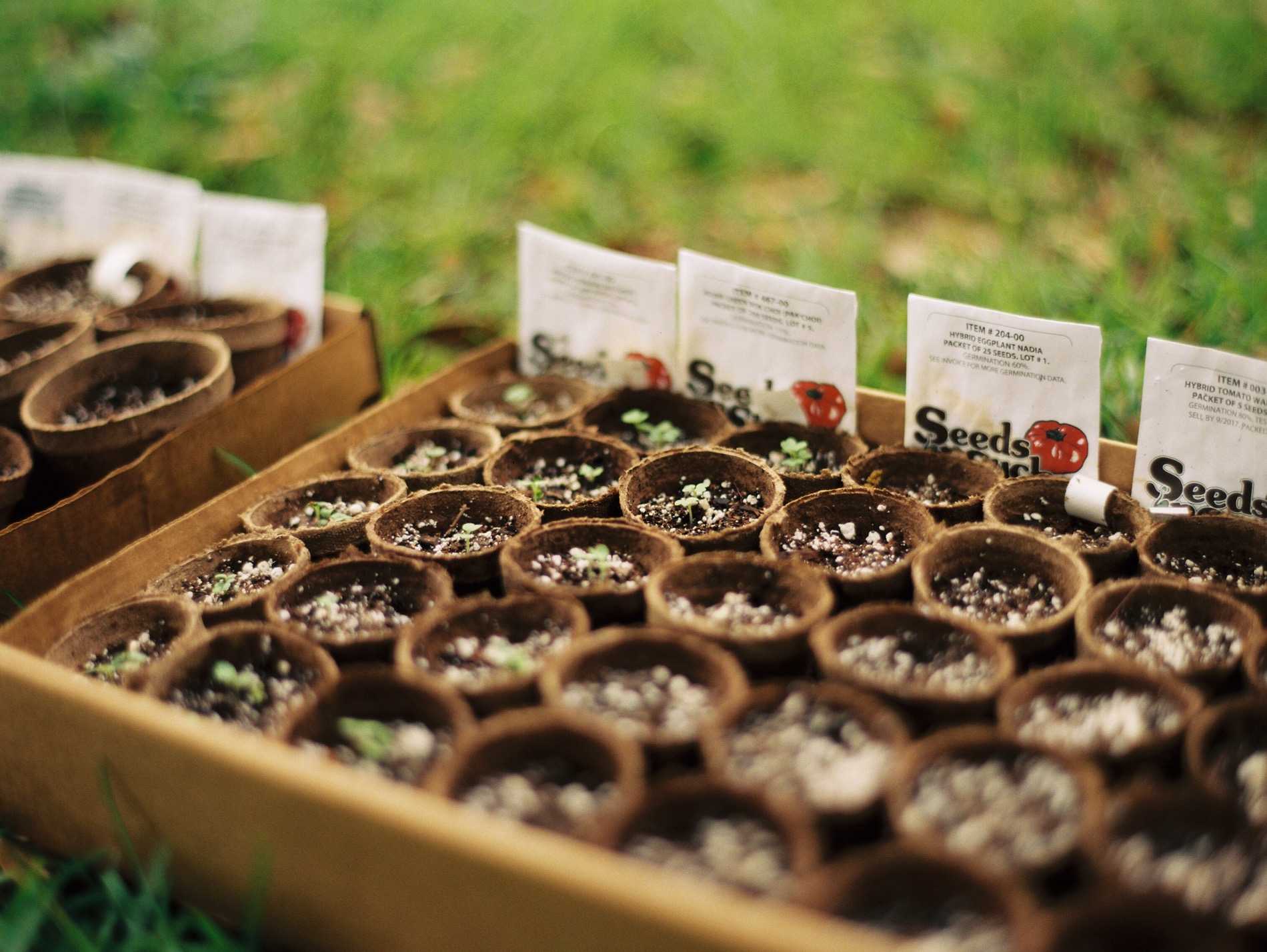 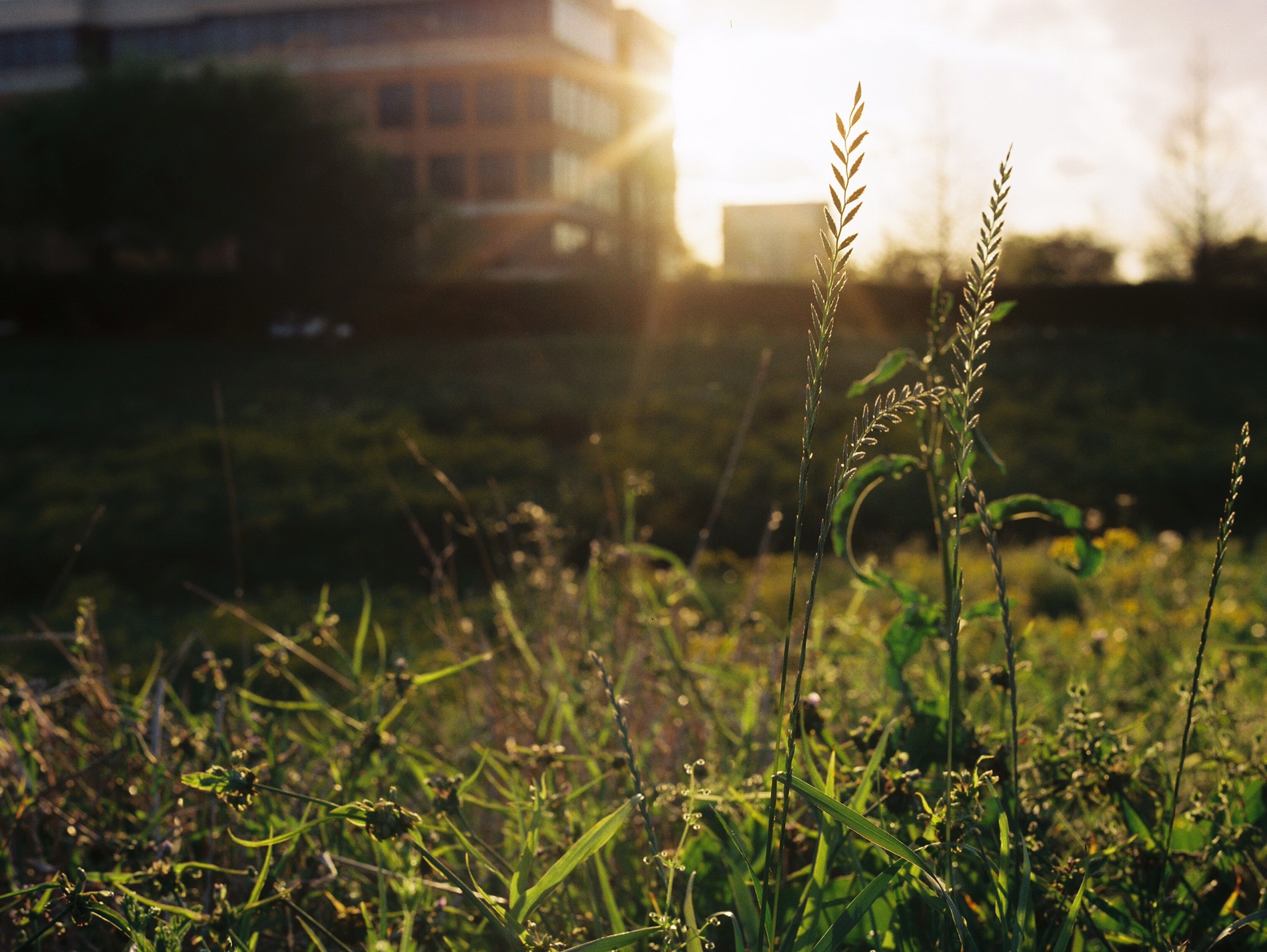 After passing up this field of flowers everyday to and from work, I finally went out and took photos!

I’m so glad I did too because a recent thunderstorm destroyed them. 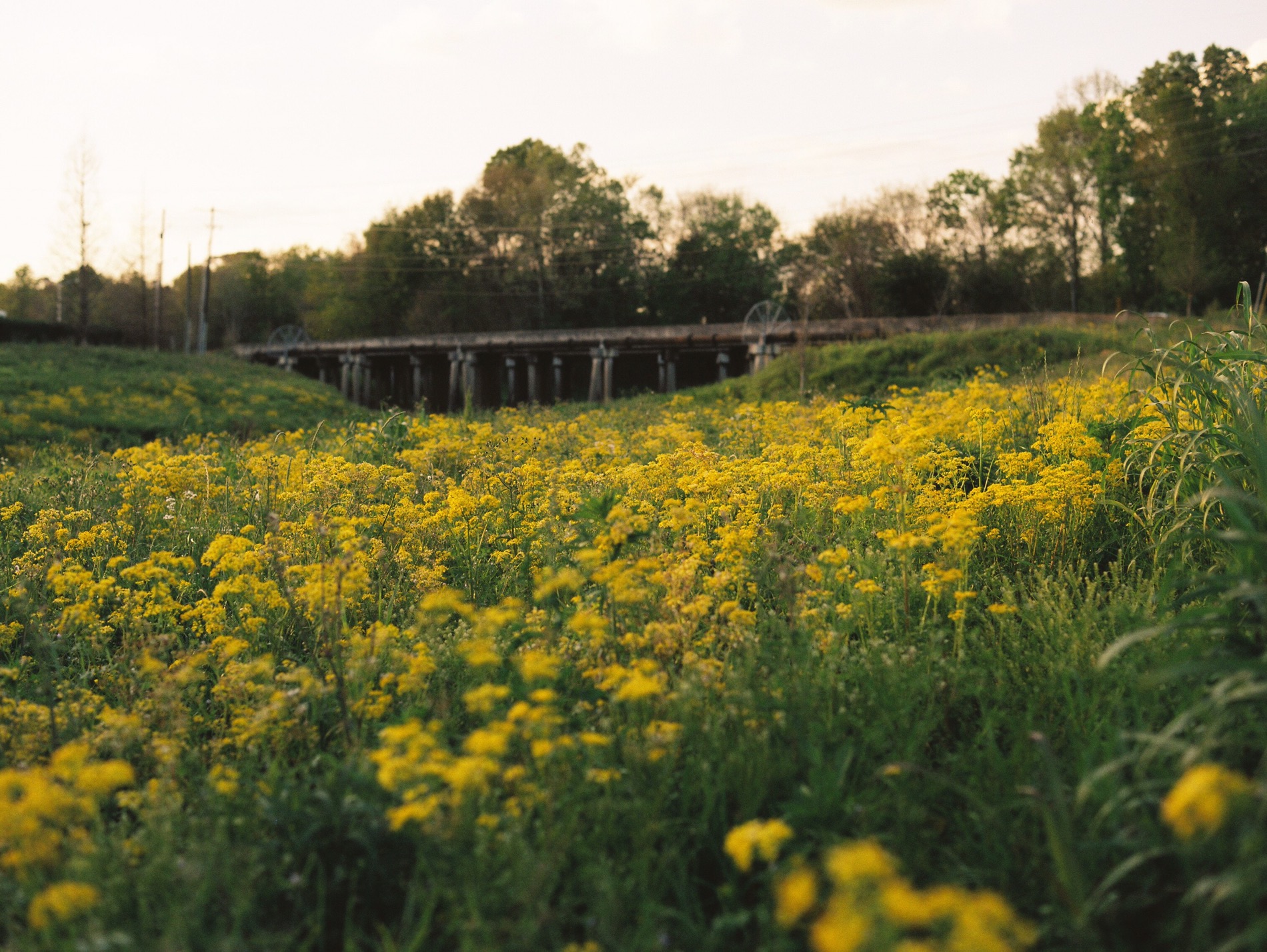 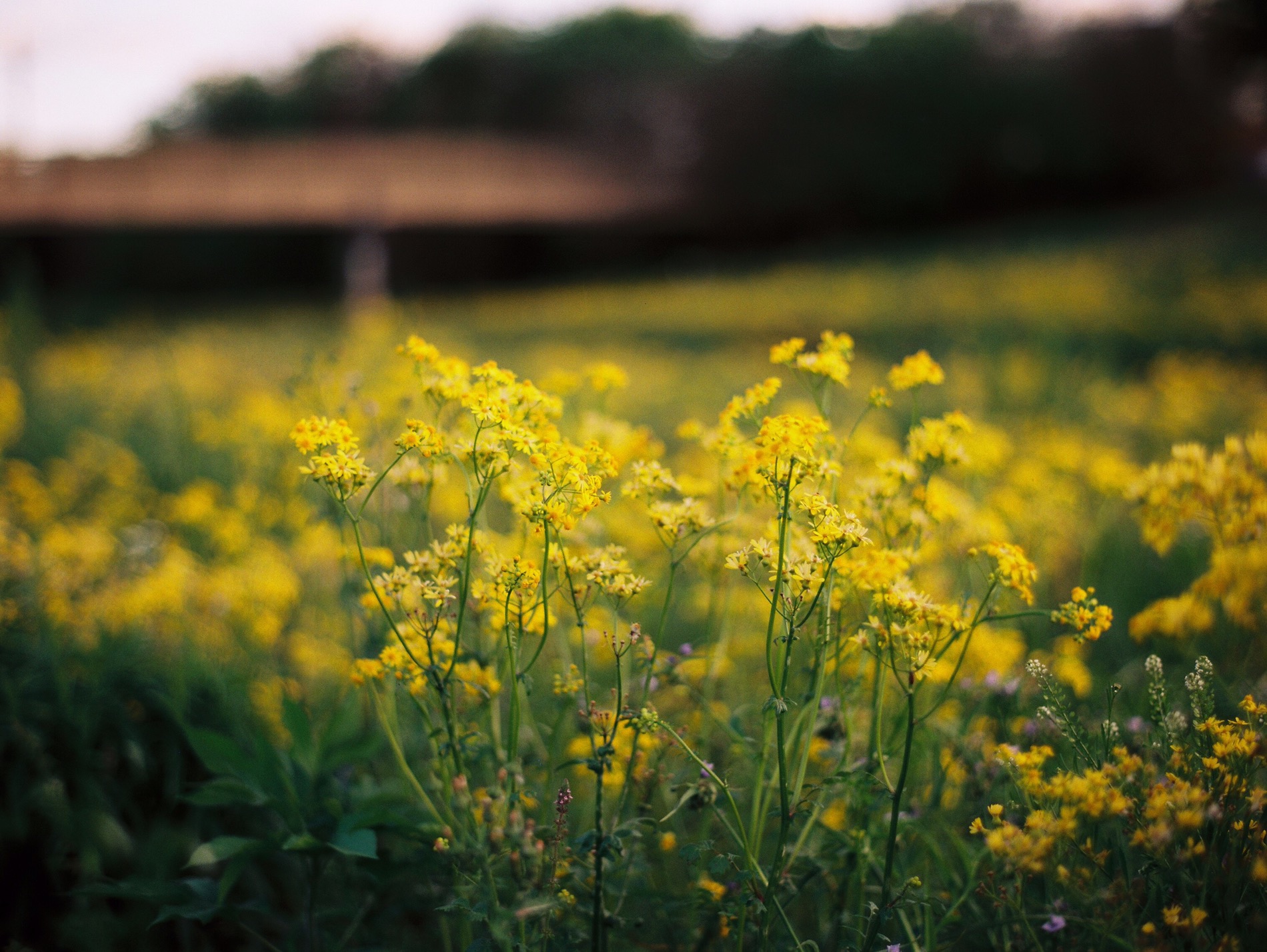 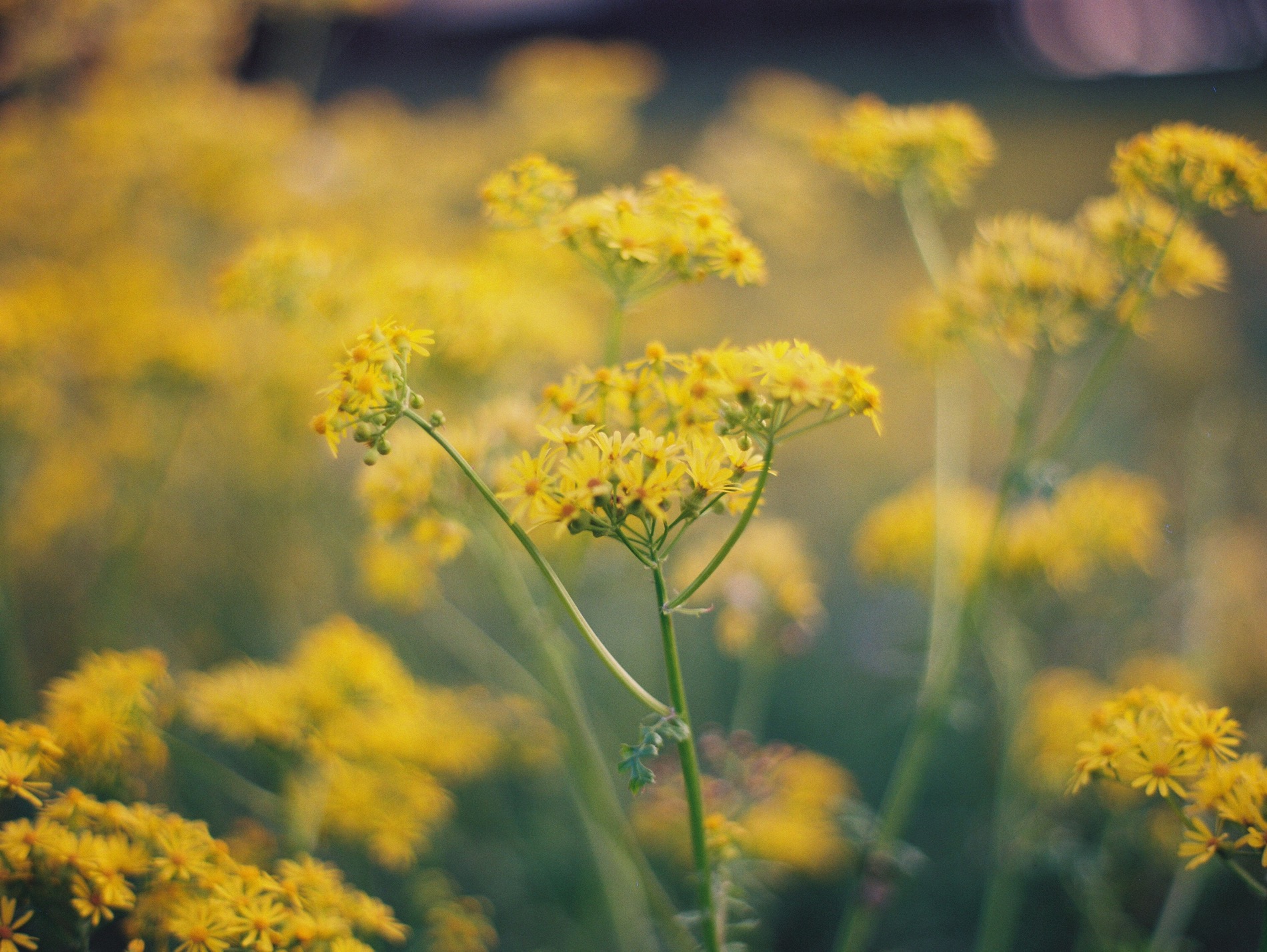 This next roll of film is from different “stock” from the one above.

It handles “greens and reds” better and gives a very “soft and airy look” when overexposed with sunlight.

The lab thought the colors were consistent. Since I had good light, they processed the roll normally without “pushing” or “pulling”.

Focusing on those sweet bees again.

Oh and those blurry circles you see are called “bokeh”, which basically means to me “balls of dreaminess”.

I took my girl to the strawberry-patch as her birthday “gift” along with her brother. Their Mom was nice enough to make time for me with their super busy schedules. 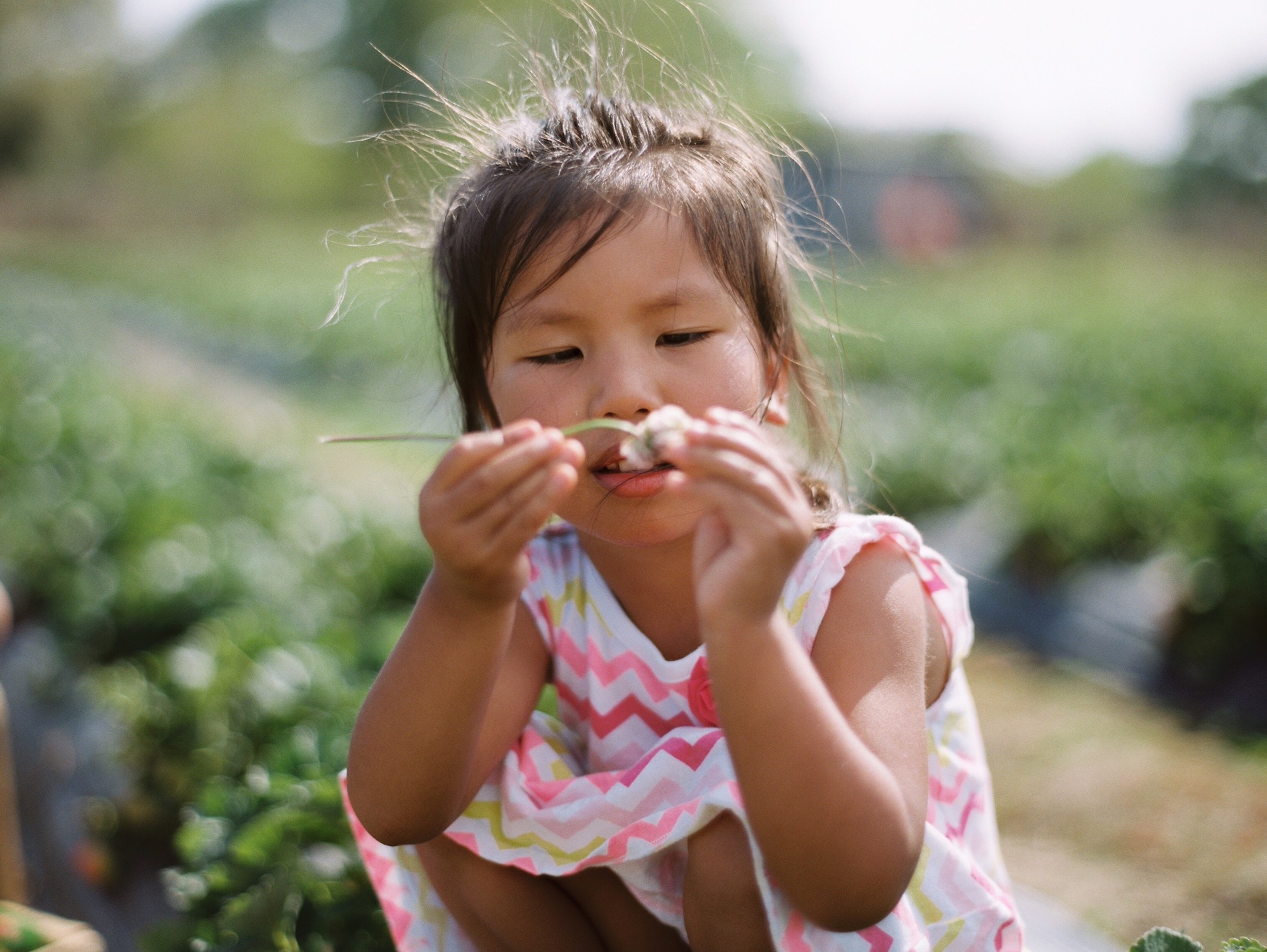 I tried to “focus” on the flower after she told me, “Julie! I picked this flower for you!” 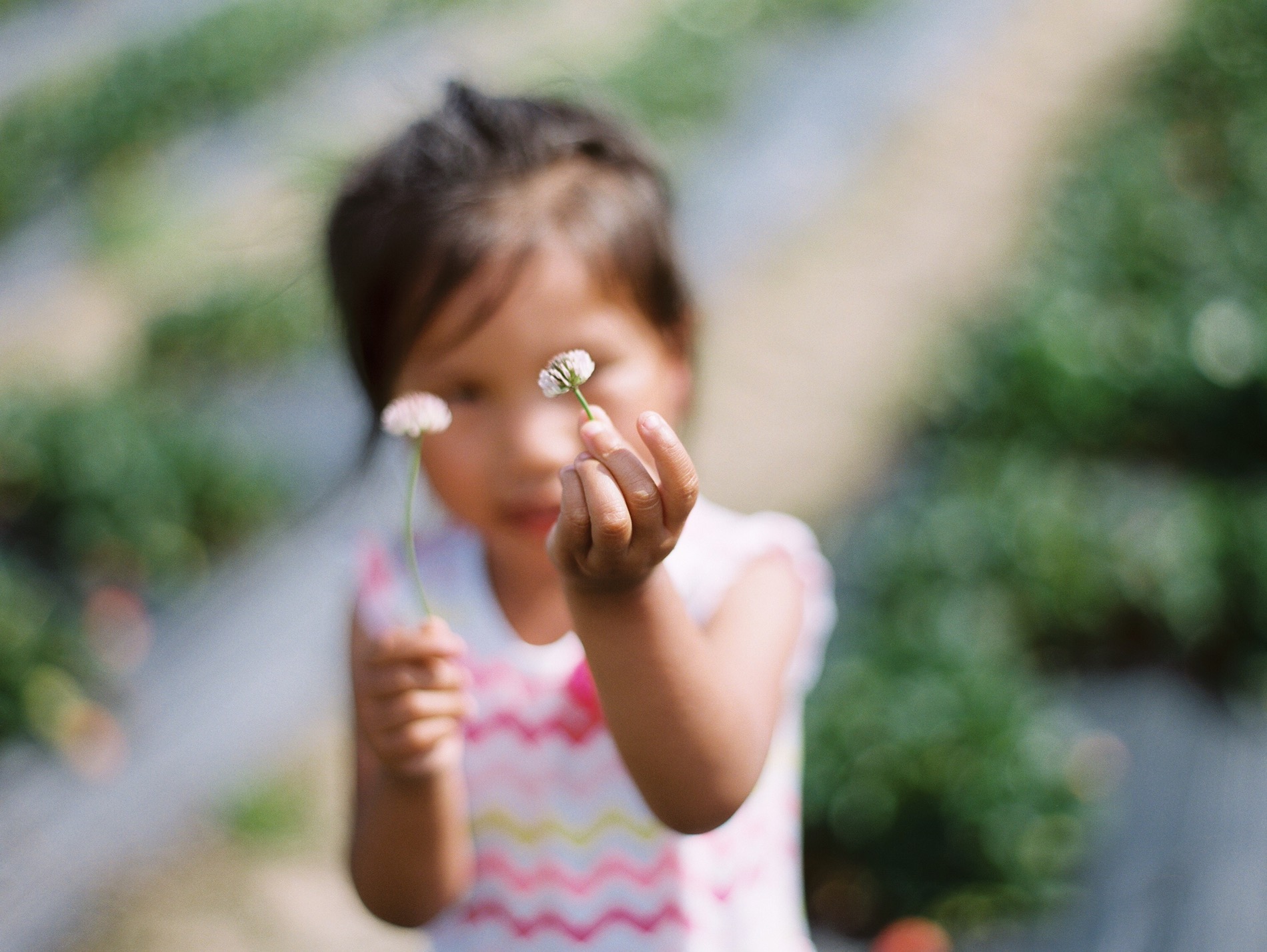 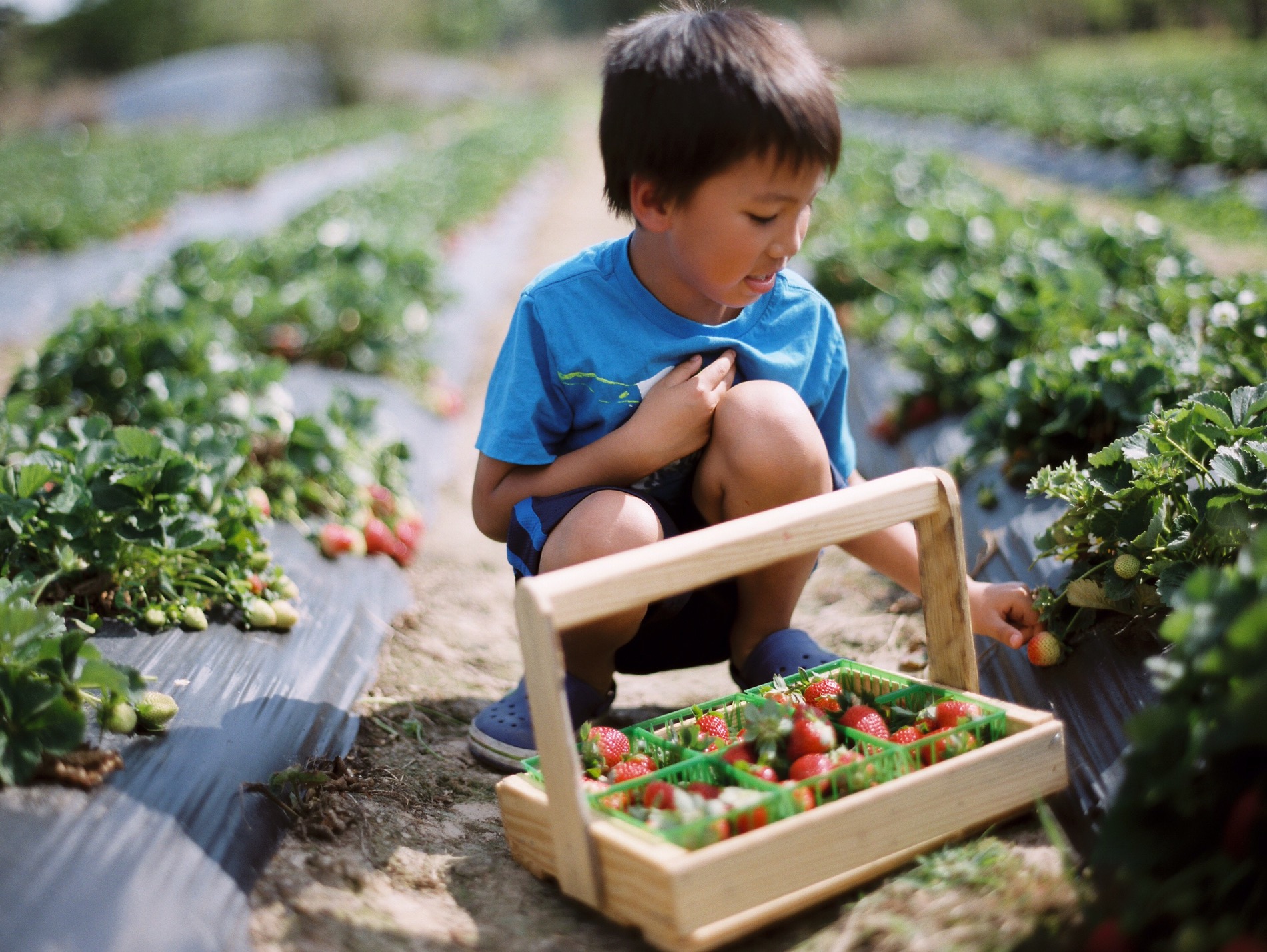 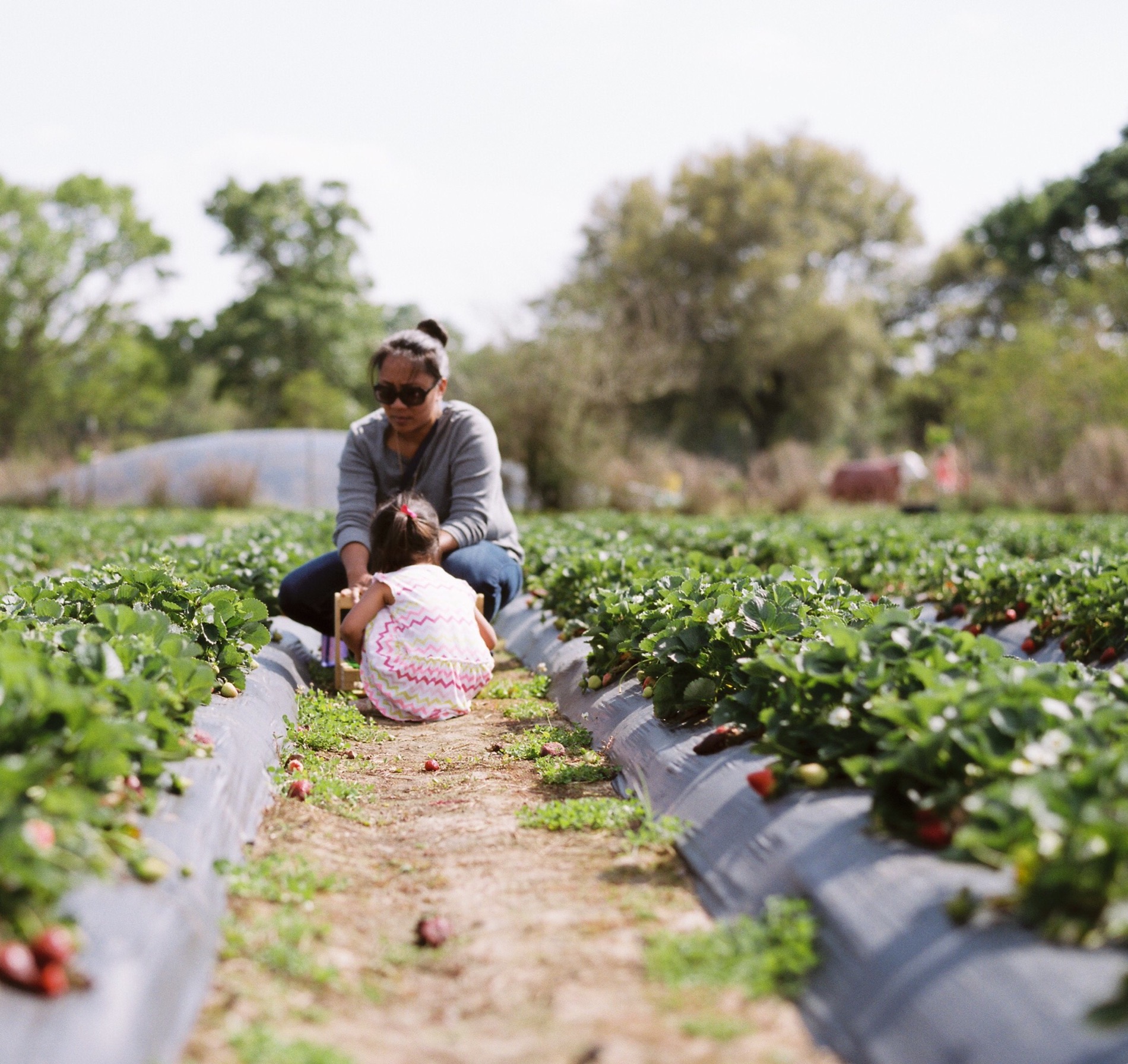 She was very careful to pick only the “clean” and big strawberries. 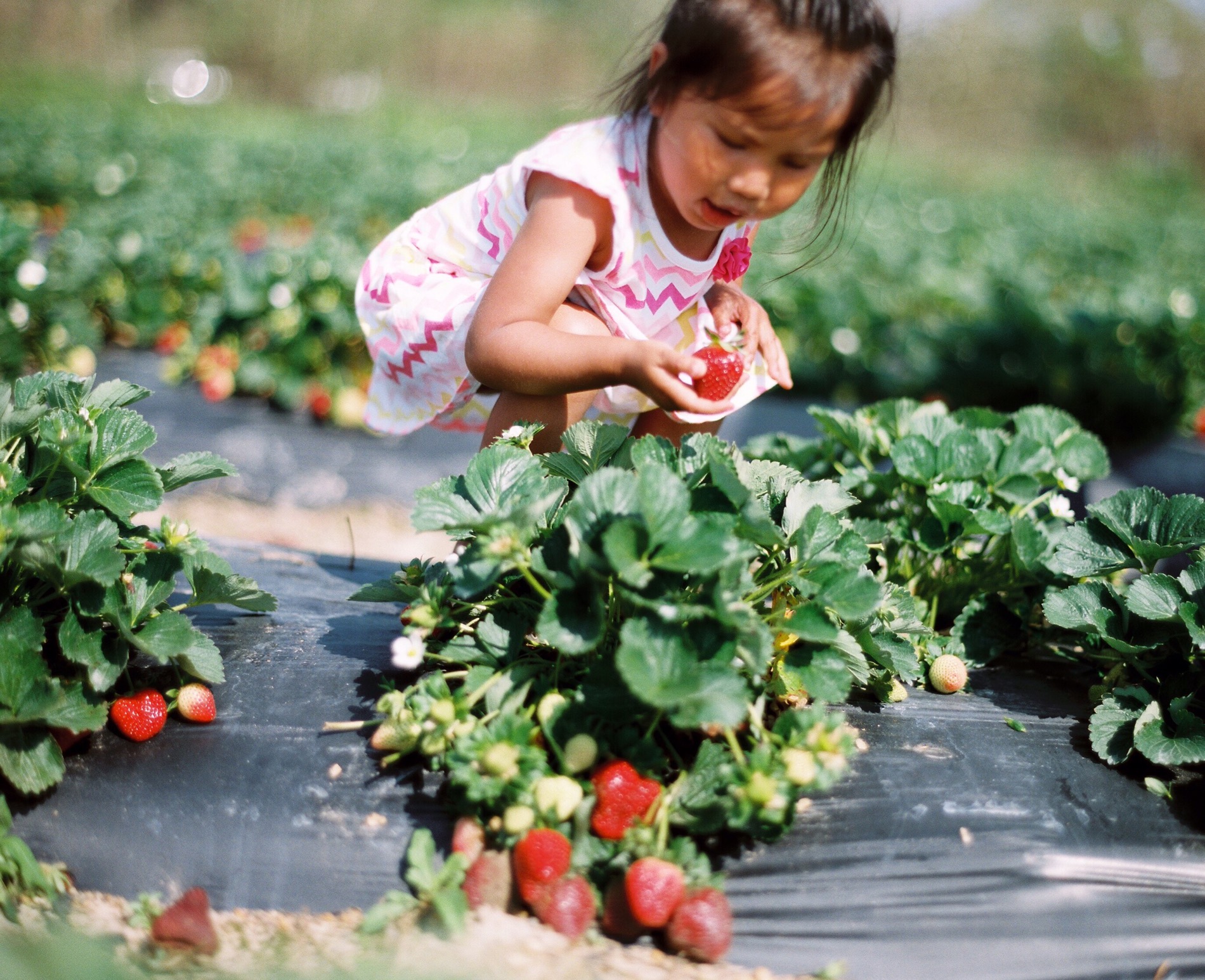 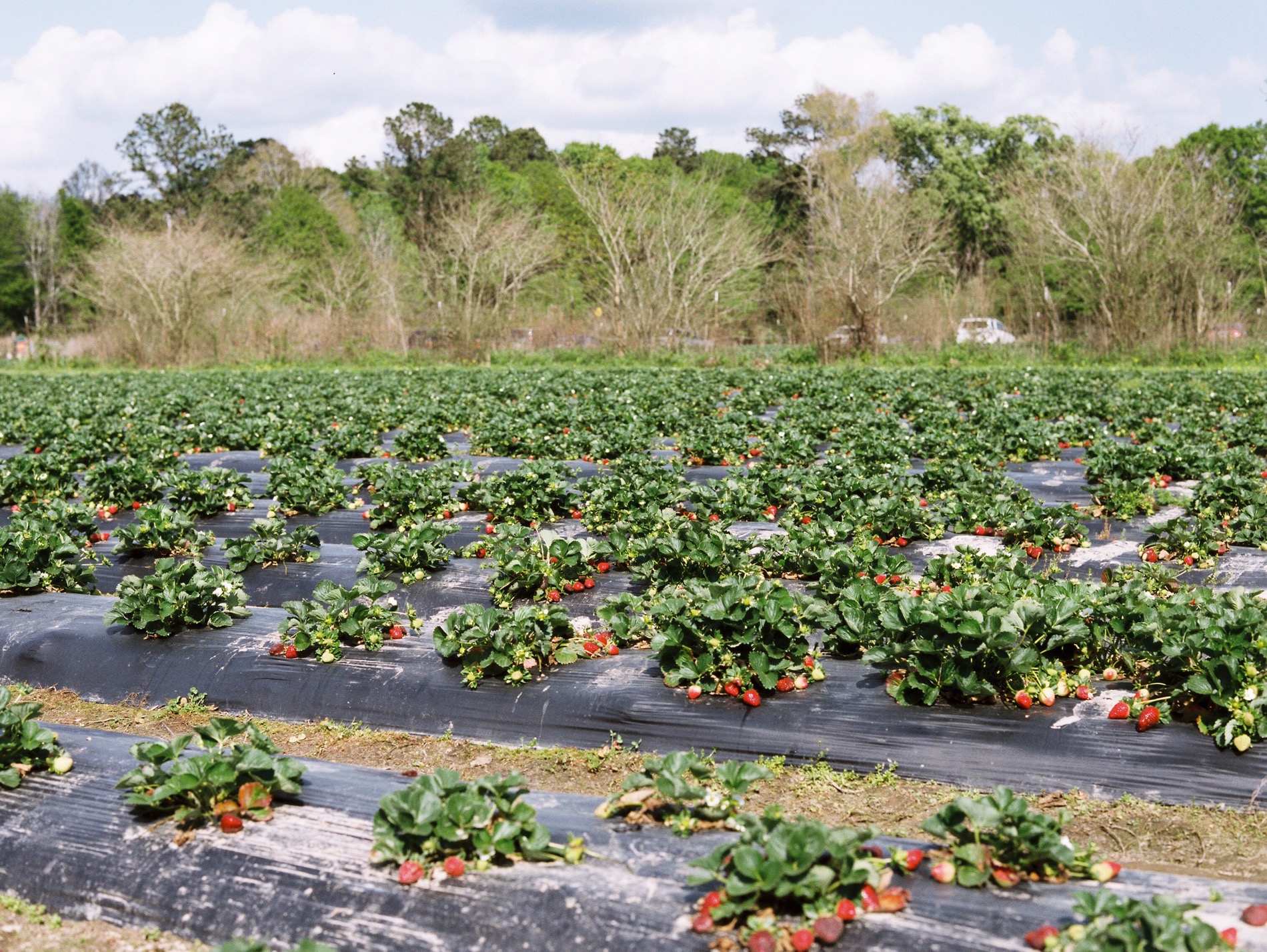 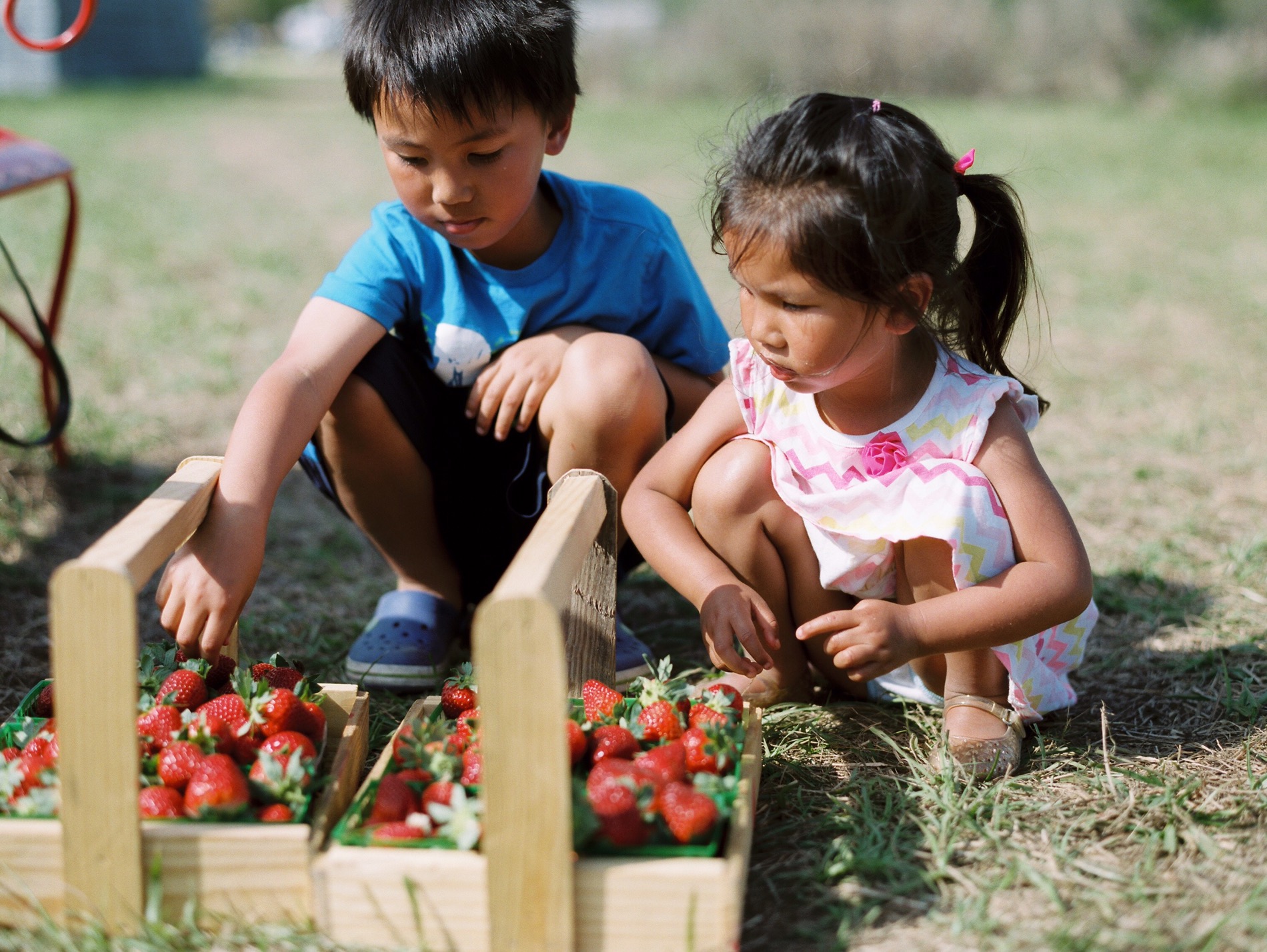 How precious is she with her legs-crossed?! 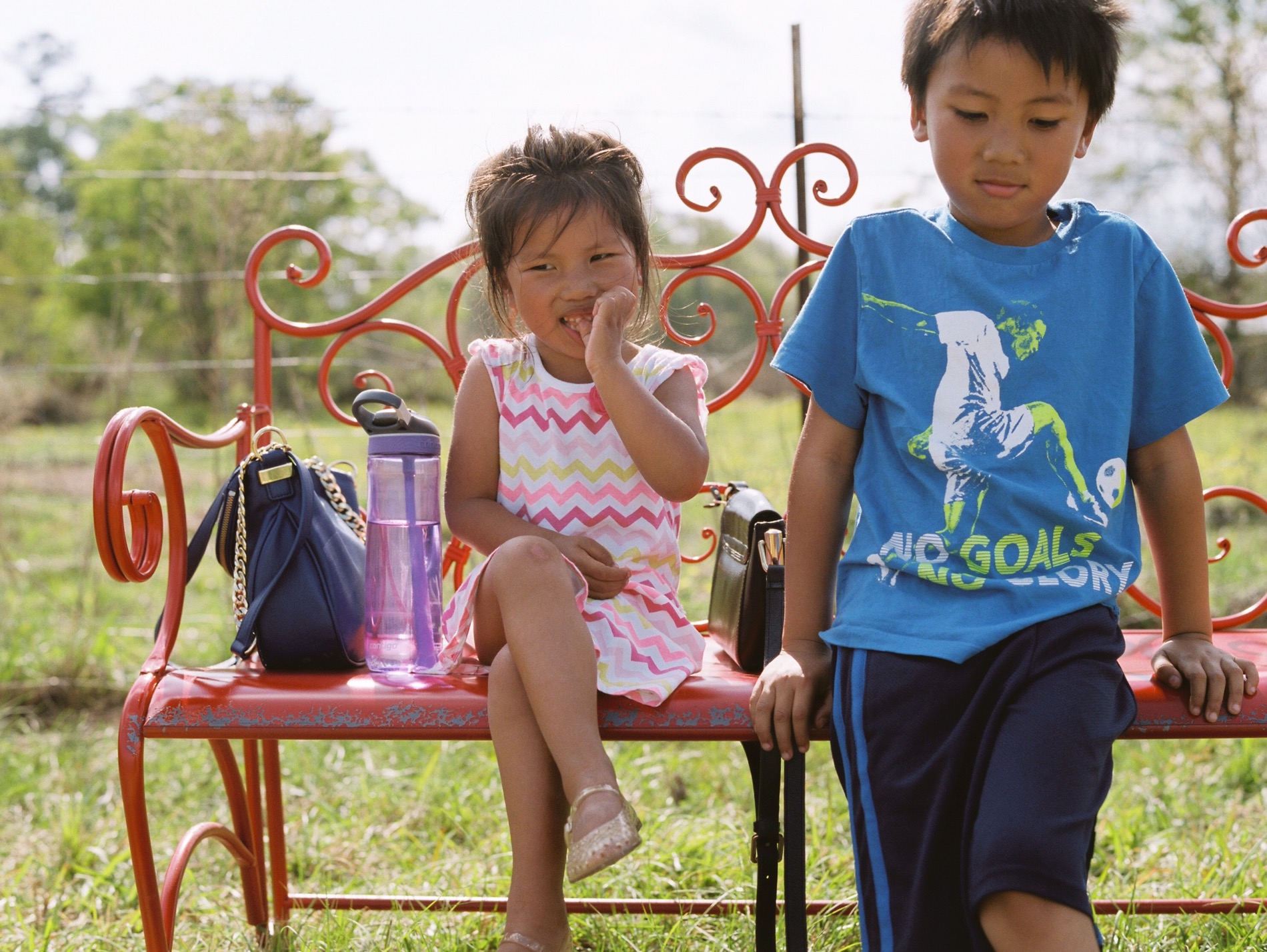 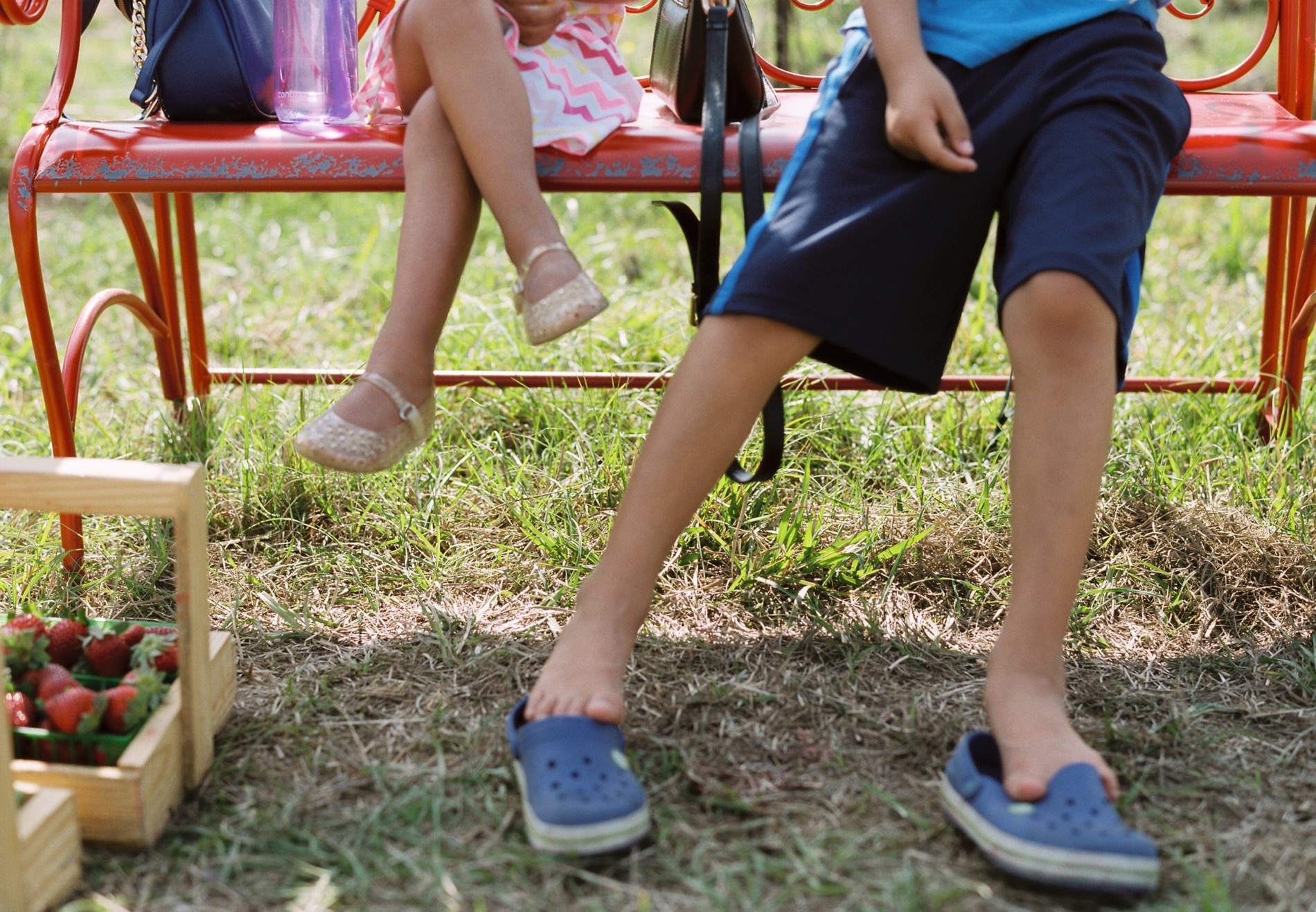 So there you have it, my first two rolls of film!

But I’ve found something that excites me and I’m hanging on to it.

I mailed two new rolls on Monday. Can’t wait to get the scans back!

I actually used a light-meter this time so hopefully my exposures are better.

Thanks for reading and following along

2 thoughts on “The first of many rolls to come”