Another reason why I was so picky with deciding which camera to buy was because I ultimately knew it would be our family camera.

‘Ya know the camera that captures our life. I’m not talking about milestones(that’s a given), but just daily life.

This might sound so cheesy, but I love my life on the daily. And not just when it’s an anniversary or vacation trip.

(We have bad moments too but that’s life!)

And I want to capture it all.

So I’ve been practicing. It’s tricky. Life isn’t “look straight into the camera and smile”.

It’s “go on with your badass self and do you boo-boo!”

Oh and let me just get a snapshot of that moment in time.

An image to look back at over and over again because it’s worth all the emotions tied into that memory.

These next photos are of my parents’ dog (who’s I endearingly call my sister), Maila.

They may look like just a day at the beach with a dog, but those who know her, know her crazy and erratic personality when she gets to go to the B E A C H!

She’s a total mess but I think it’s so adorable the way she reacts!

Maila cannot contain herself. She’s on her hind-legs inching further and further on my knee to position as much of her body out of the window. 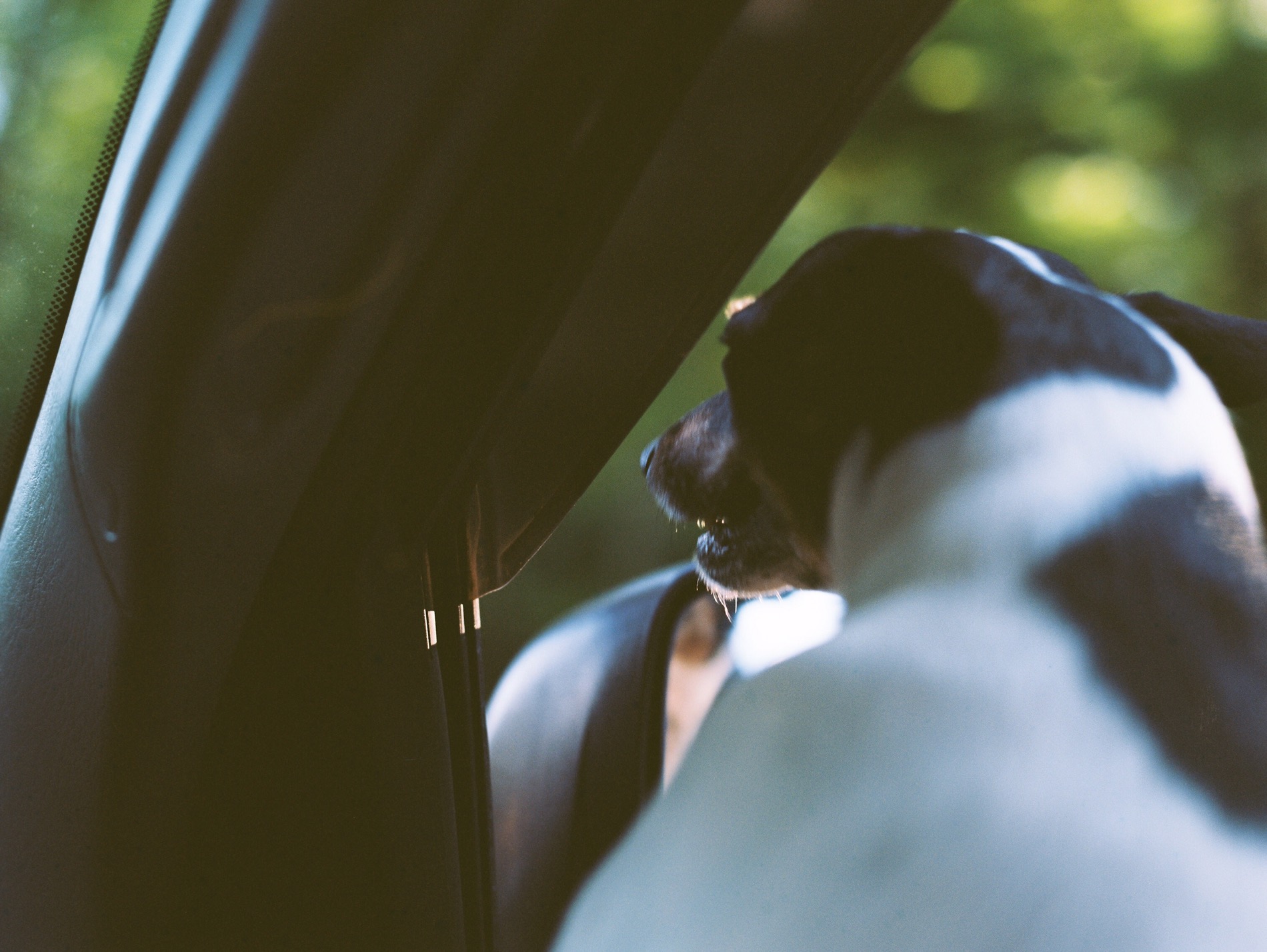 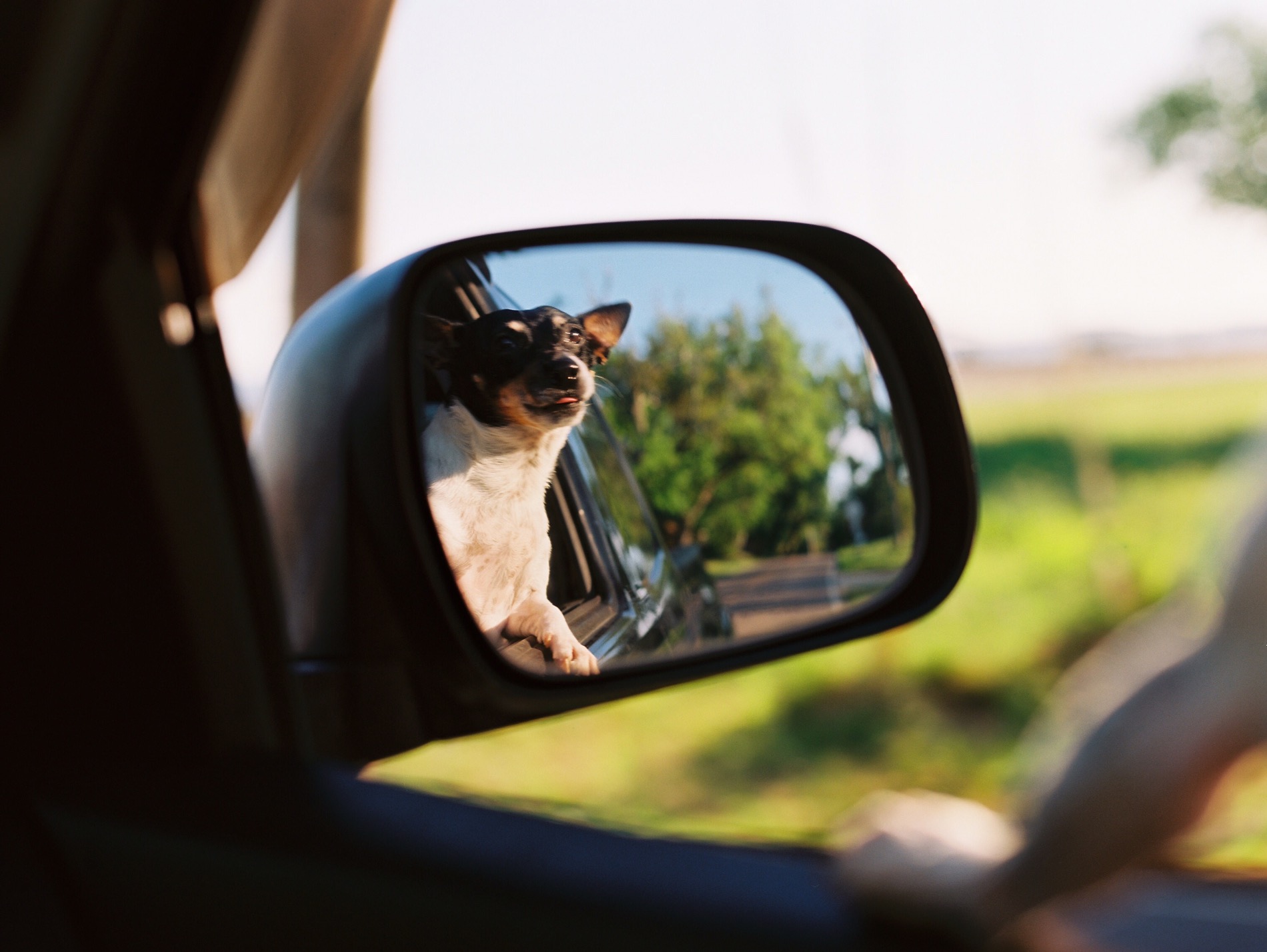 It always takes at least TWO people to take Maila to the beach because she’s such a handful.

Before my brother even parks his car, she’s hyperventilating and whining to get out and onto the sand.

On this particular day, we passed a group of beachgoers who looked at us suspiciously because it sounded like we were kidnapping her!

I embarrassly laughed and replied,”Uh she doesn’t get out much.” 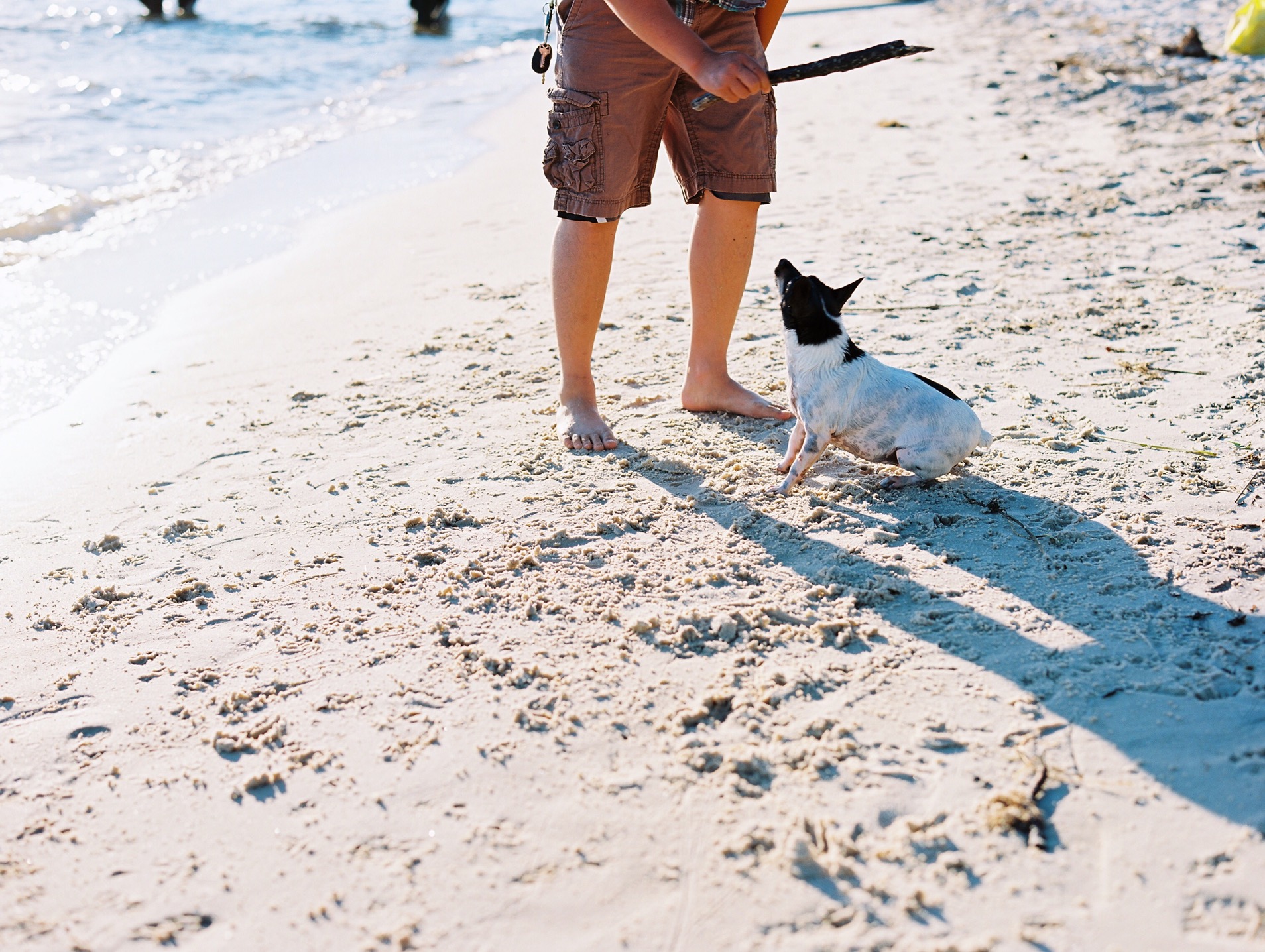 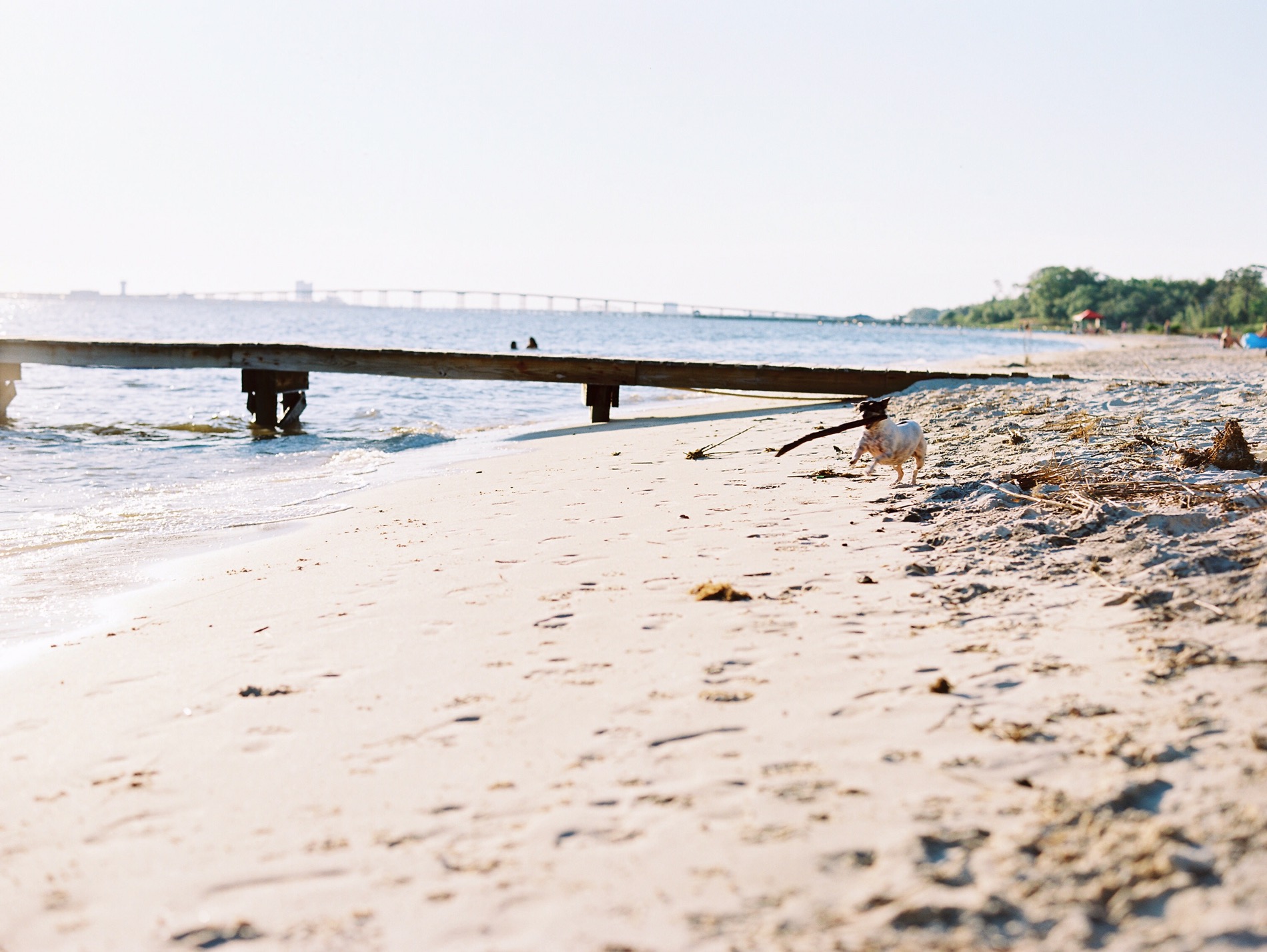 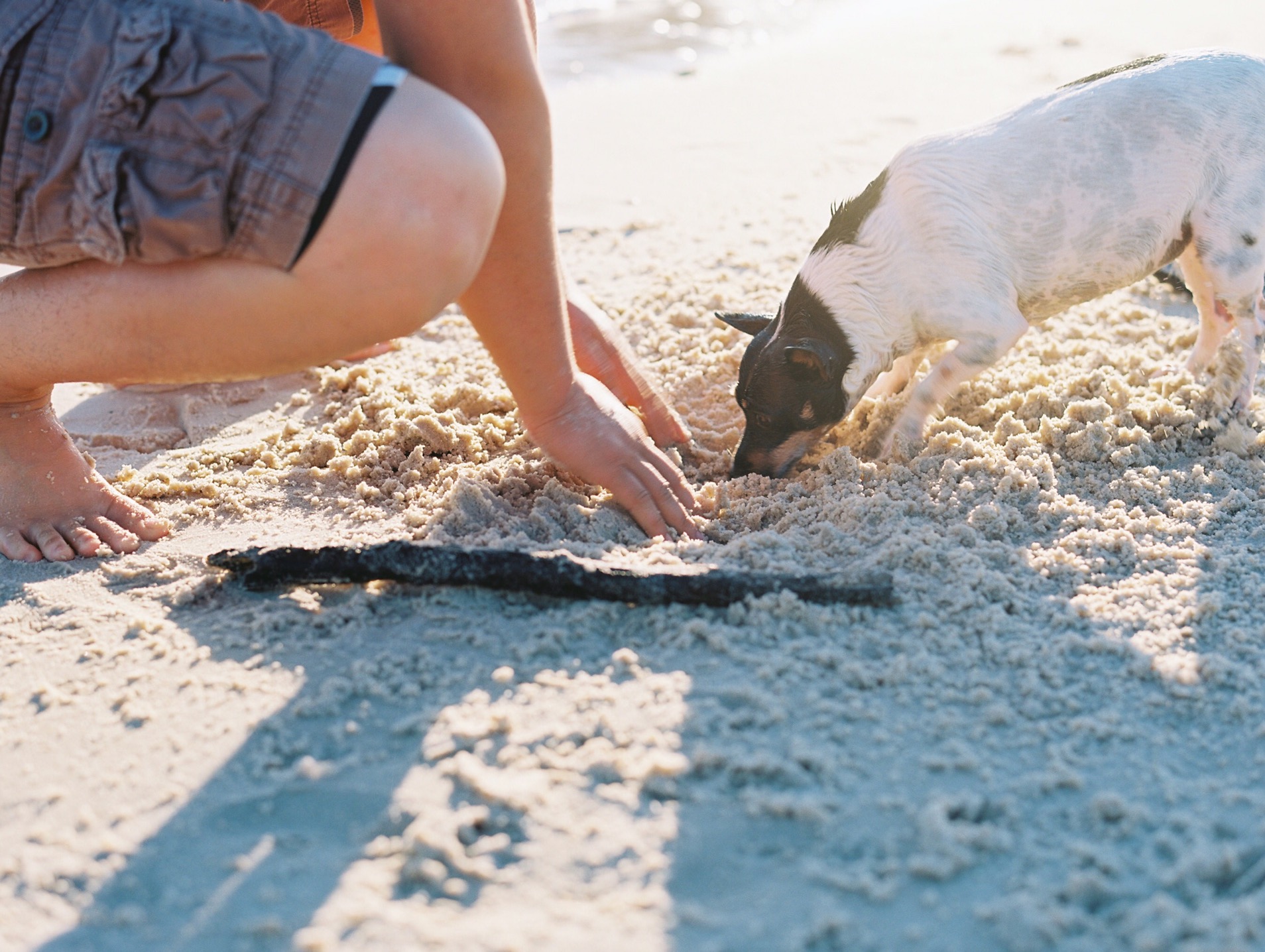 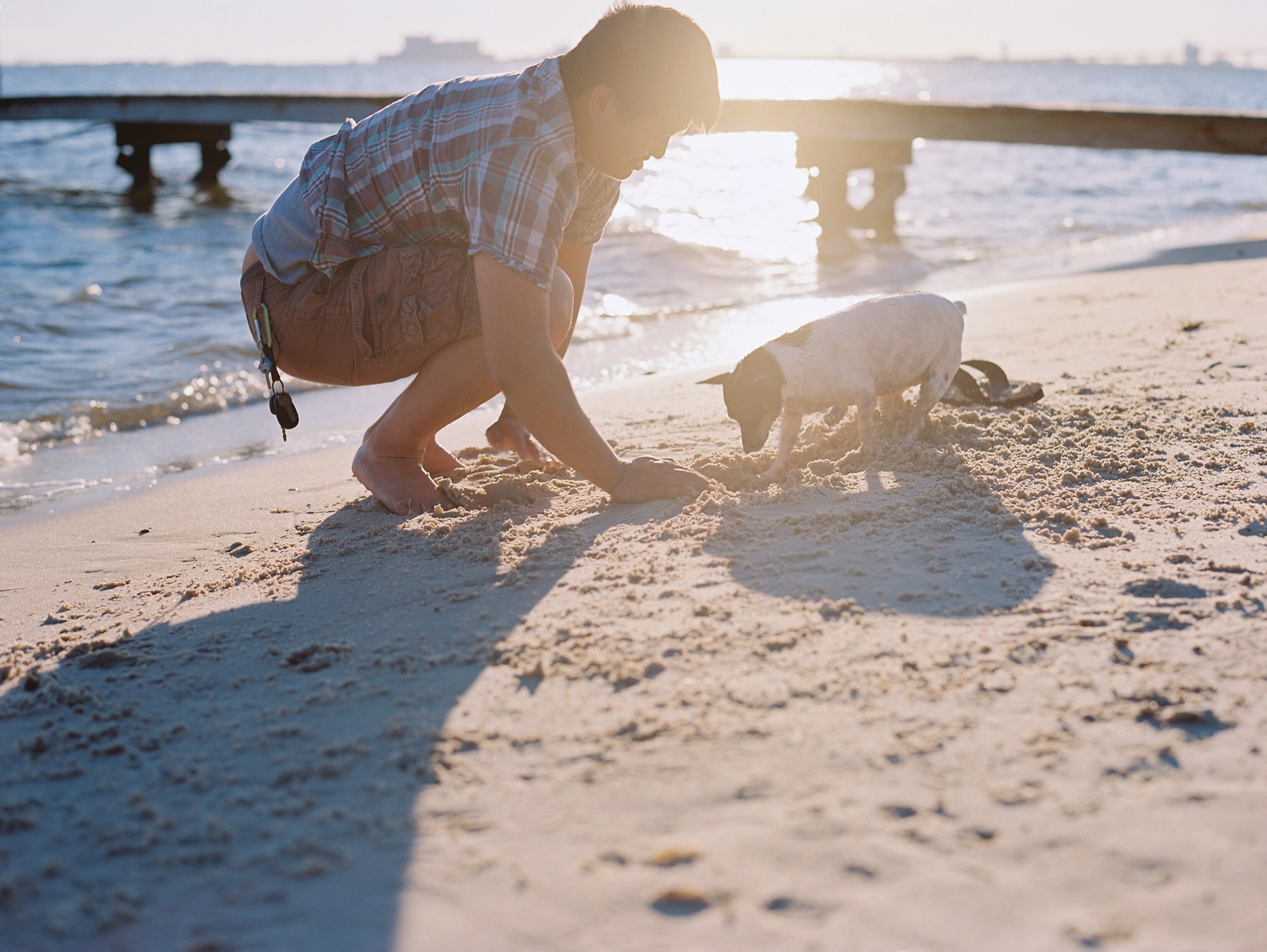 If a person takes too long “to dig out the stick” then she barks and starts digging faster so the person “can see it” and throw the stick for her to fetch. 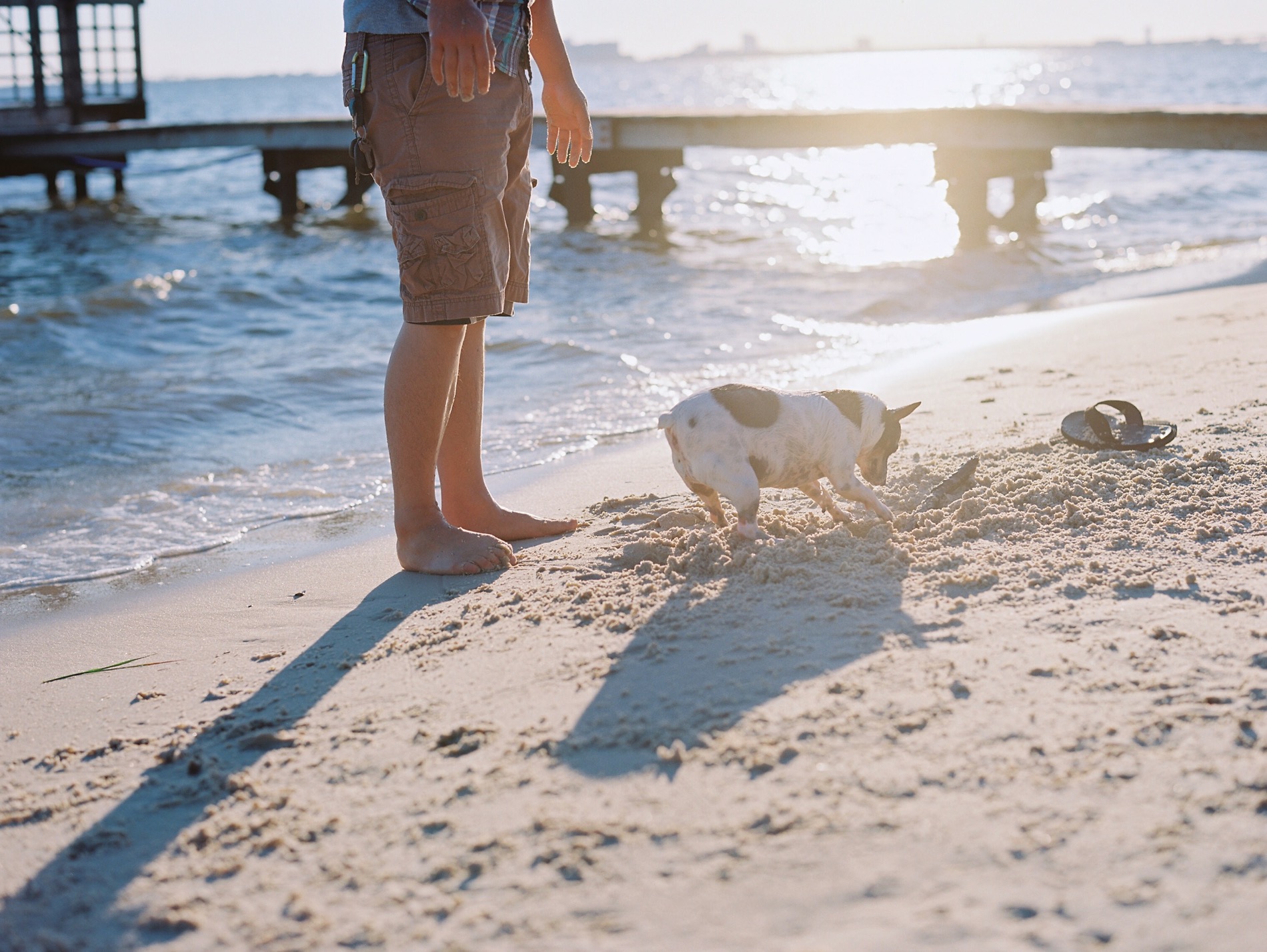 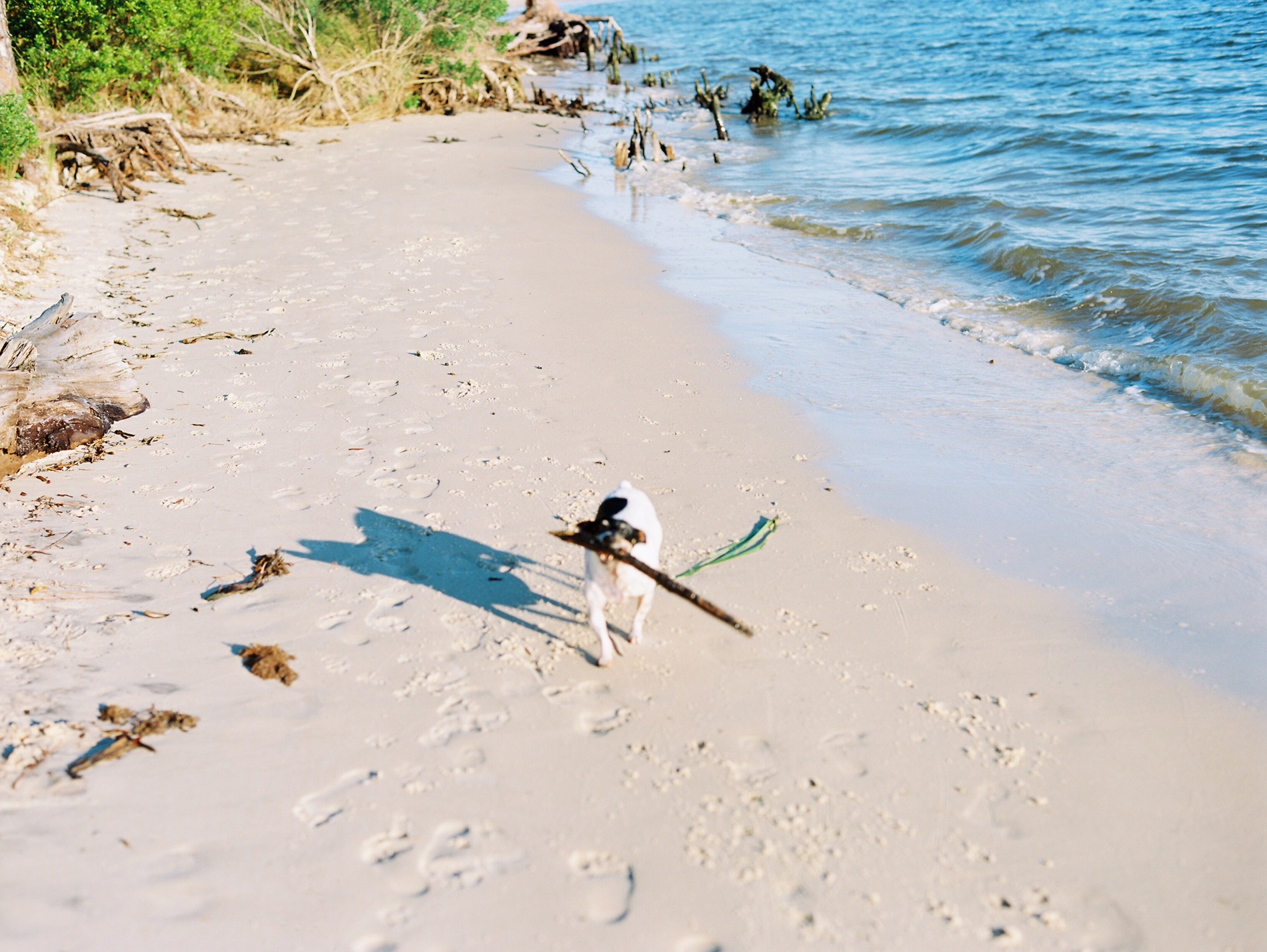 I used Portra800 film for sweet Katie’s 4th birthday. Portra800 is a scam for low light exposures. I’ll admit fault that the roll was super underexposed.

The colors aren’t there, but the memories are so they’re keepers for me. 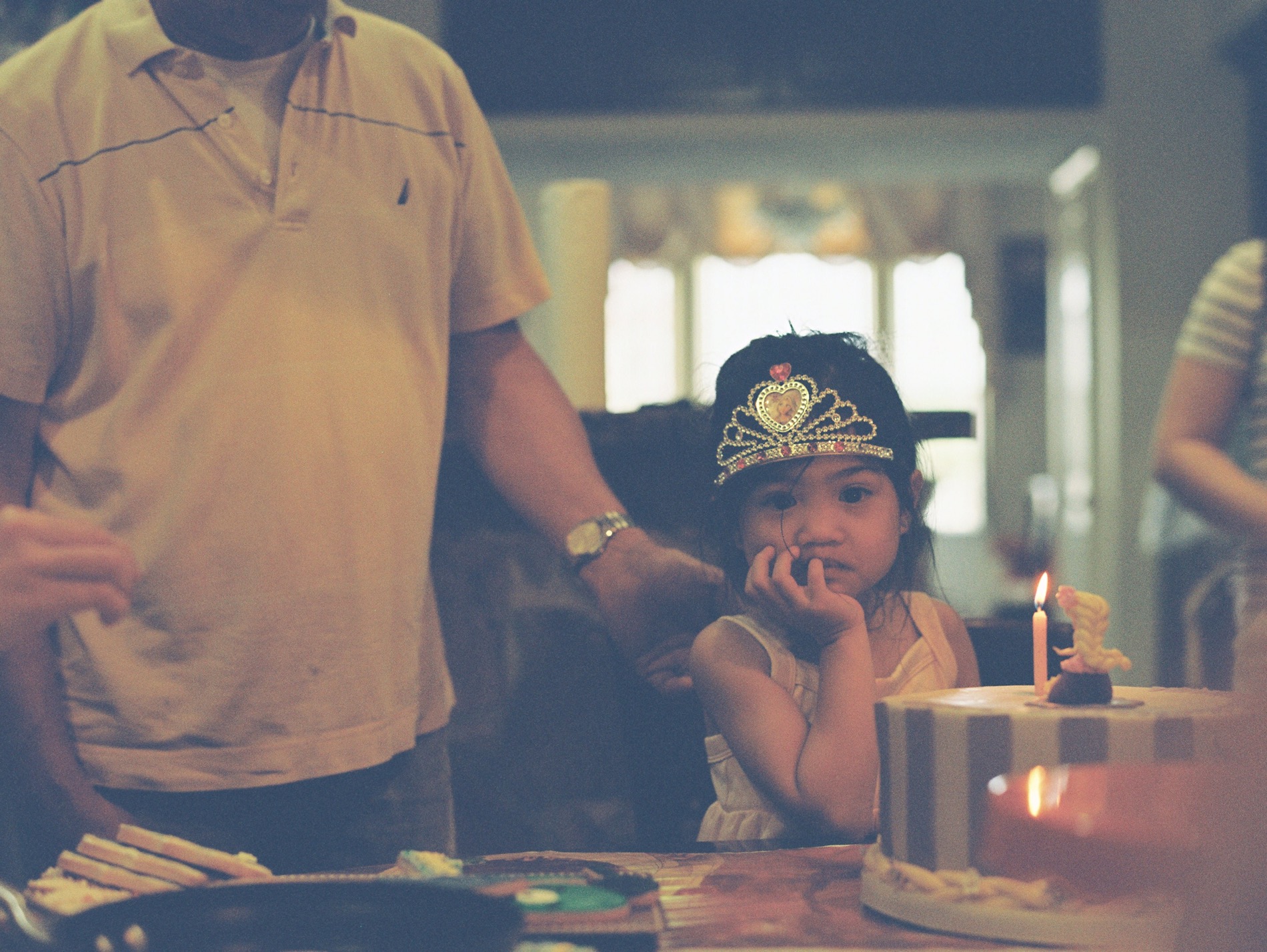 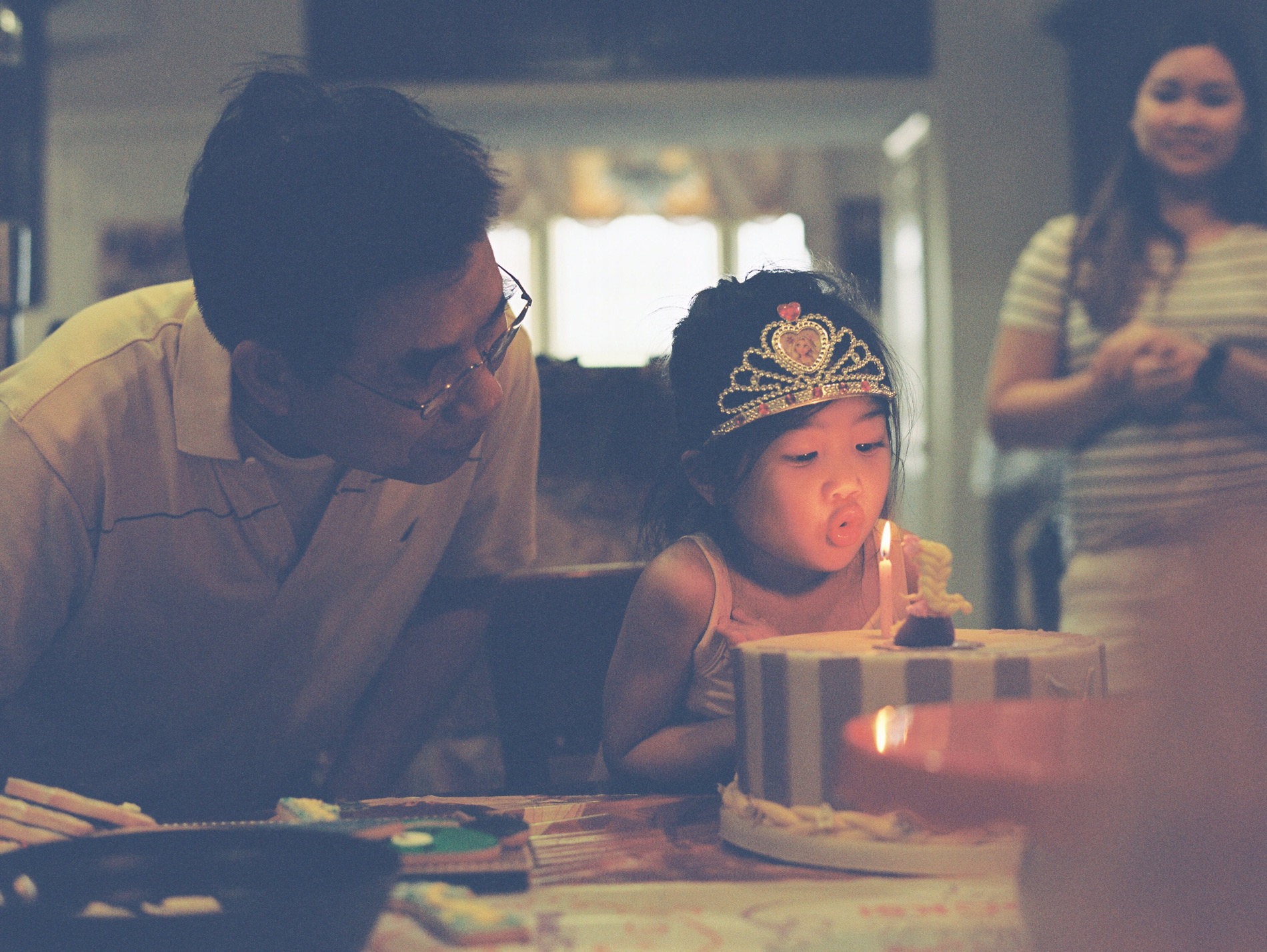 Our third week assignment was on double exposures.

To simply explain, it’s two images layered on top of each other. There’s a double exposure switch on Hans that allows you to take two photos back-to-back on one frame.

It was super cool to experiment and another reason why I love my teacher Ashley!

I didn’t know what the hell I was doing but it was AWESOME! And some shots came out really good!

We’re going on a beach camping trip in a few weeks and I’m excited to try double exposures again.

So this flower shot was taken at The Greenhouse Cafe in Ocean Springs, MS–my hometown.

I go for their delicious homemade biscuits and ginger plum tea.

First image was the flowers, followed by an intentionally unfocused shot of twinkling lights. I think it’s pretty dreamy. 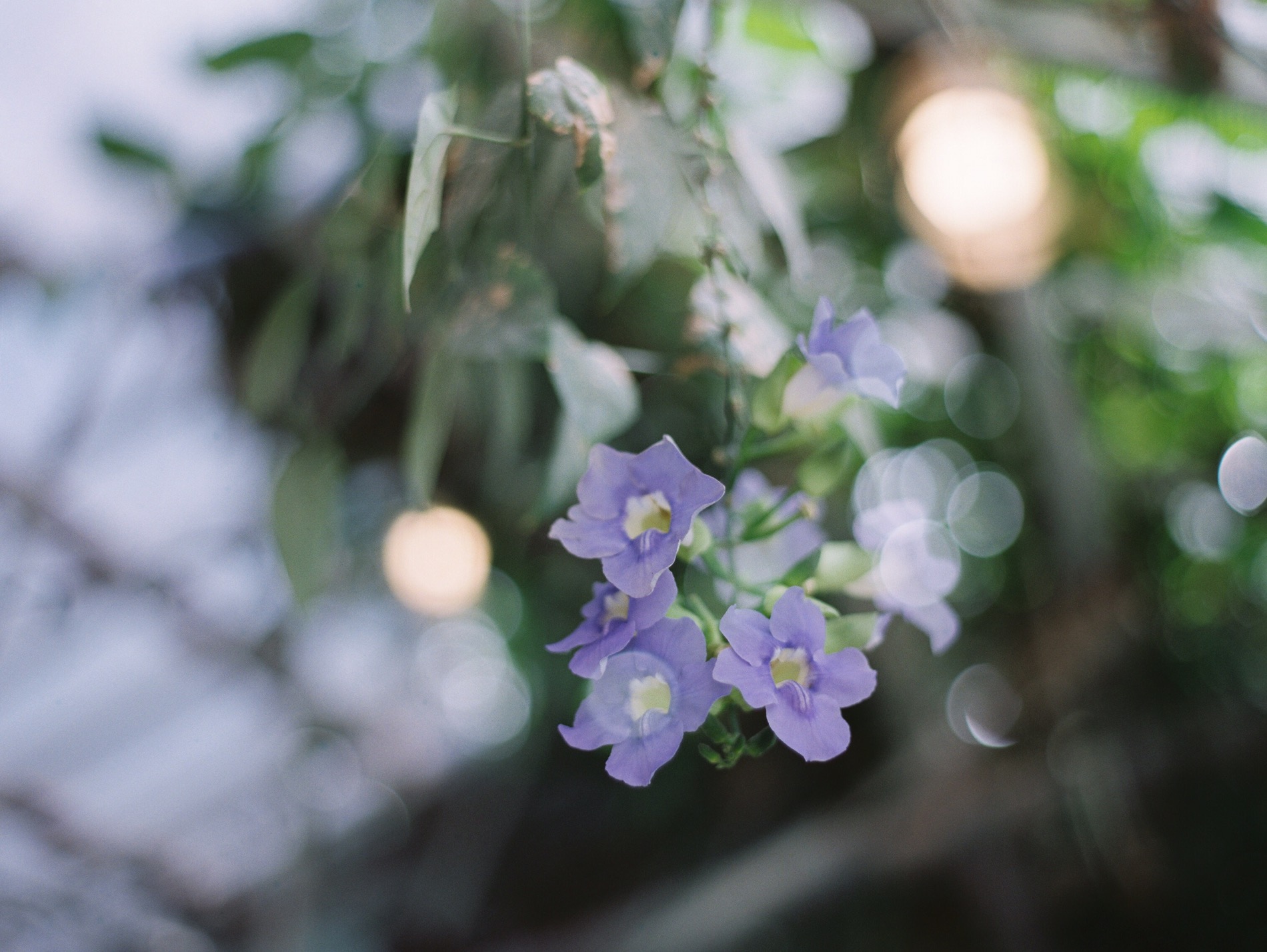 Here’s my Georgie again 🙂 I didn’t think he could get any cuter! First shot him and then a bundle of wild purple flowers. 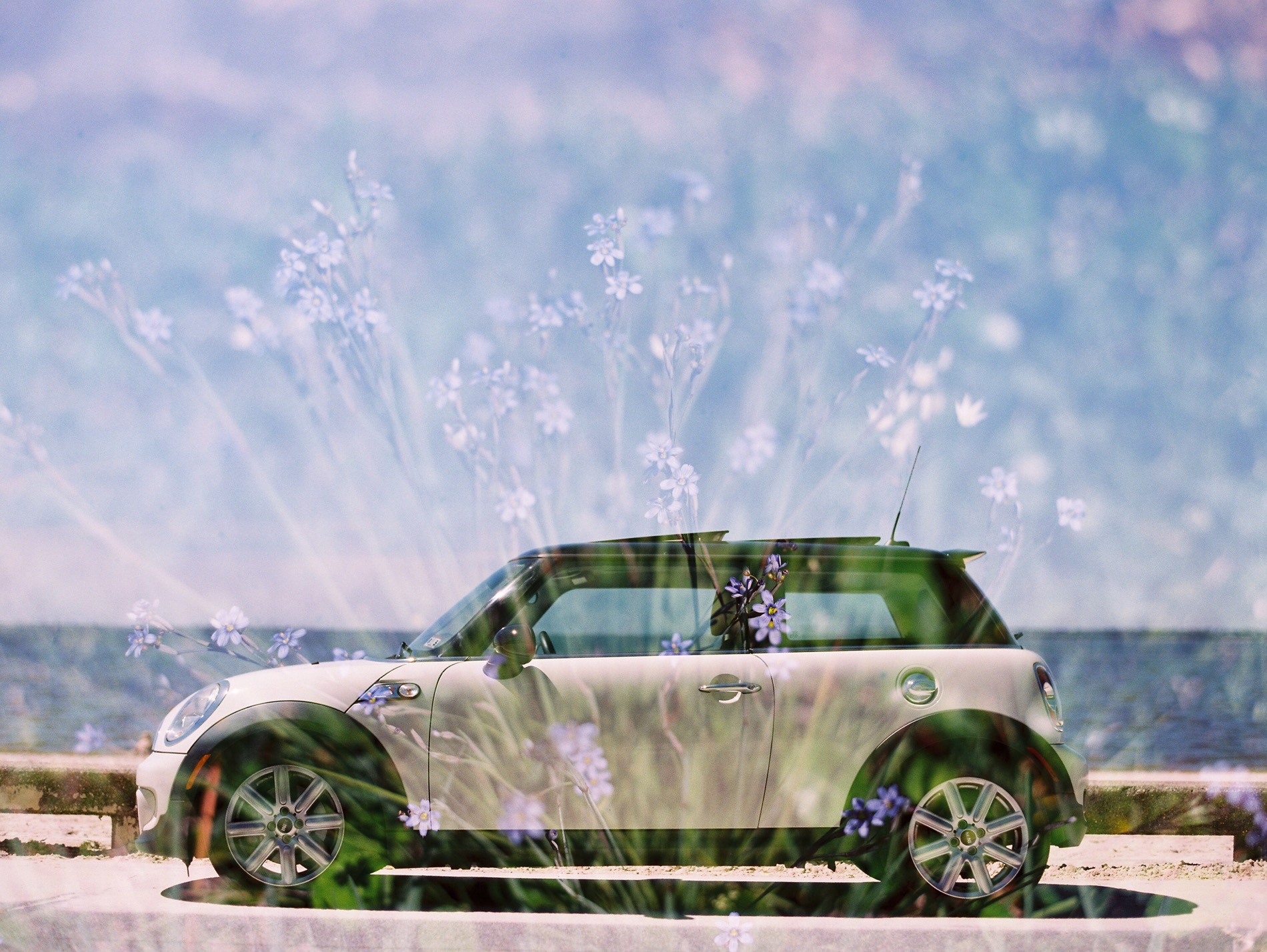 This is my favorite double exposed image. I had it planned out in my head and can’t believe I actually executed it on film! First shot the sailboats near the yacht club and then Front Beach’s shoreline. 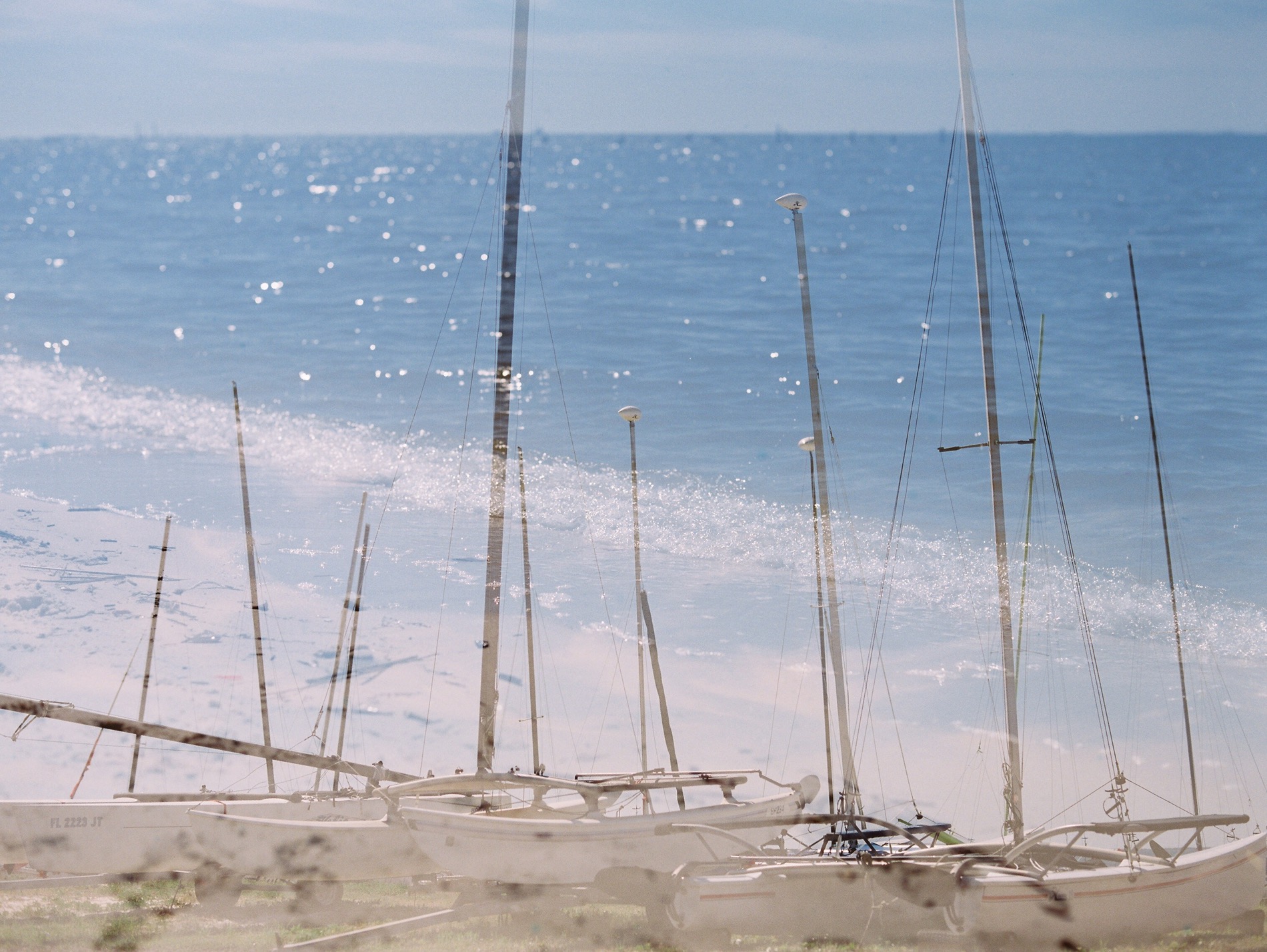 I hope y’all are enjoying my film adventures.

It’s been so fun (and a tiny frustrating)!

I’m just getting started and really glad y’all are along for the ride,